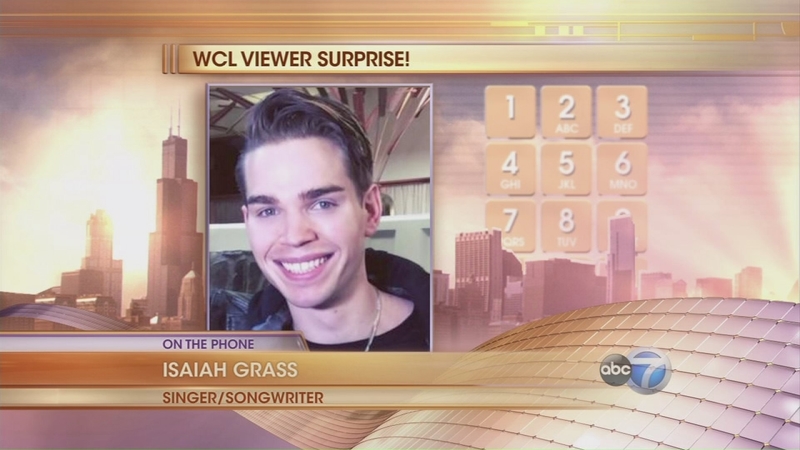 CHICAGO -- Ryan gave a phone call to an unsuspecting Windy City Live viewer and surprised him with a booking for him to perform on the show next month.

Isaiah Grass:
Isaiah is a local Chicago singer/songwriter whom is creating a large number of followers in the on-line community and also in the local entertainment scenes in Chicago. Isaiah recently released his first Christmas song titled "Christmas With You" which has immediately received attention from venues and new listeners wanting to hear it again. Isaiah recently sang this song during the opening of the ABC 7 Chicago's BMO Lightfest in Chicago on Michigan Avenue. He has also performed this song at the Daley Plaza during the Christkindlmarket, and on Dec 5th he was a "Special Guest" at the Brookfield Zoo for their Tree Lighting Ceremony.