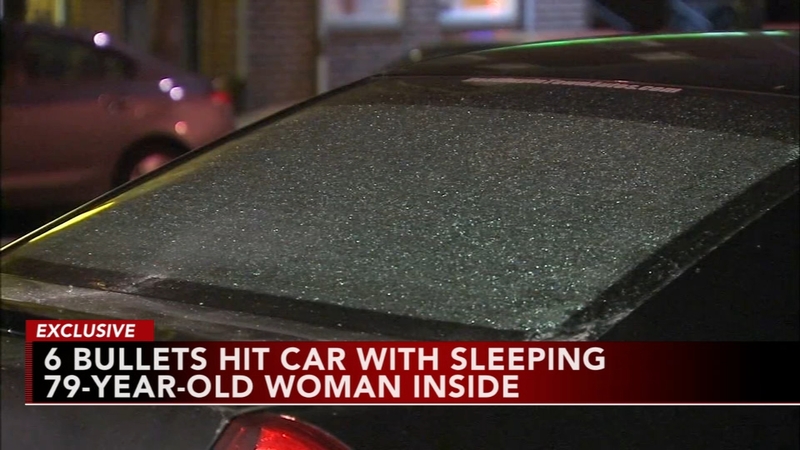 PHILADELPHIA -- A woman was nearly hit as she was sleeping inside a car during a wild shootout in the Spring Garden section of Philadelphia.

It happened around 11 p.m. Thursday at the intersection of 6th and Green streets.

Officers first came upon a 39-year-old bystander who had been shot in the leg.

The man was taken to Hahnemann University Hospital where he is expected to be OK.

But as police were responding to the scene, they were flagged down by a 79-year-old woman. She told them her car was shot up while she was inside sleeping.

"After hearing the shots and knowing her car was struck by gunfire, she drove from the scene and was able to flag down police a few blocks away at 5th and Girard," Philadelphia Police Chief Inspector Scott Small said.

The woman was not hit, police say, despite six bullets striking her car.

Central Detectives found a dozen shell casings on the ground, along with a live round.

Police say, based on the bullets, two different firearms were used in the shooting.