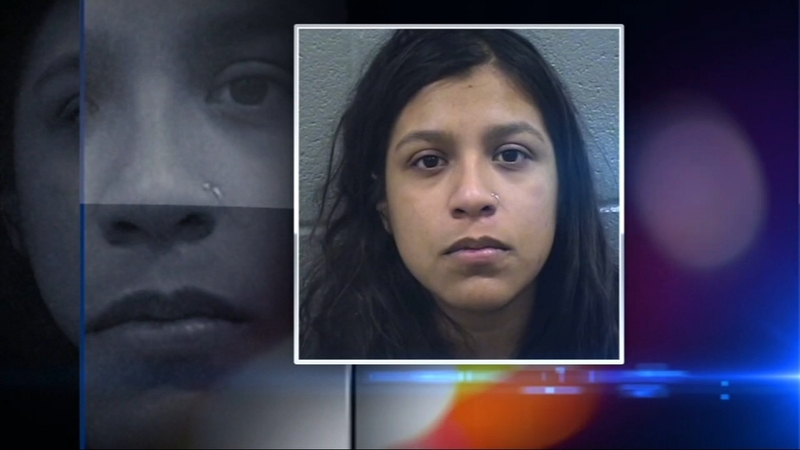 CHICAGO (WLS) -- A woman driving the car that struck and killed a Cook County sheriff's deputy appeared in court Thursday on charges of aggravated DUI, reckless homicide and escape.

Surveillance video shows the 21-year-old in a white Jeep Wrangler, driving down Kedzie without her lights on. In the video, the vehicle is seen crossing over into the oncoming lanes of traffic and smashing head-on into the Nissan driven by sheriff's officer Nick Theofanopoulos.

Perez's attorney said she has no criminal history other than a couple of traffic offenses. He said she was on track to get a two-year college degree this spring. Prosecutors believe she had been drinking with a friend at a nearby office.

"Other Chicago police observed the defendant vomit in the front seat of her car," said Lisuzzo.

Theofanopoulos, 39, was in uniform on the way to work at Christ Medical Center. That's where paramedics brought Perez for treatment after the crash.

Officers said she pulled out the IV tubes from her arms, and later slipped out of handcuffs in two separate efforts to escape.