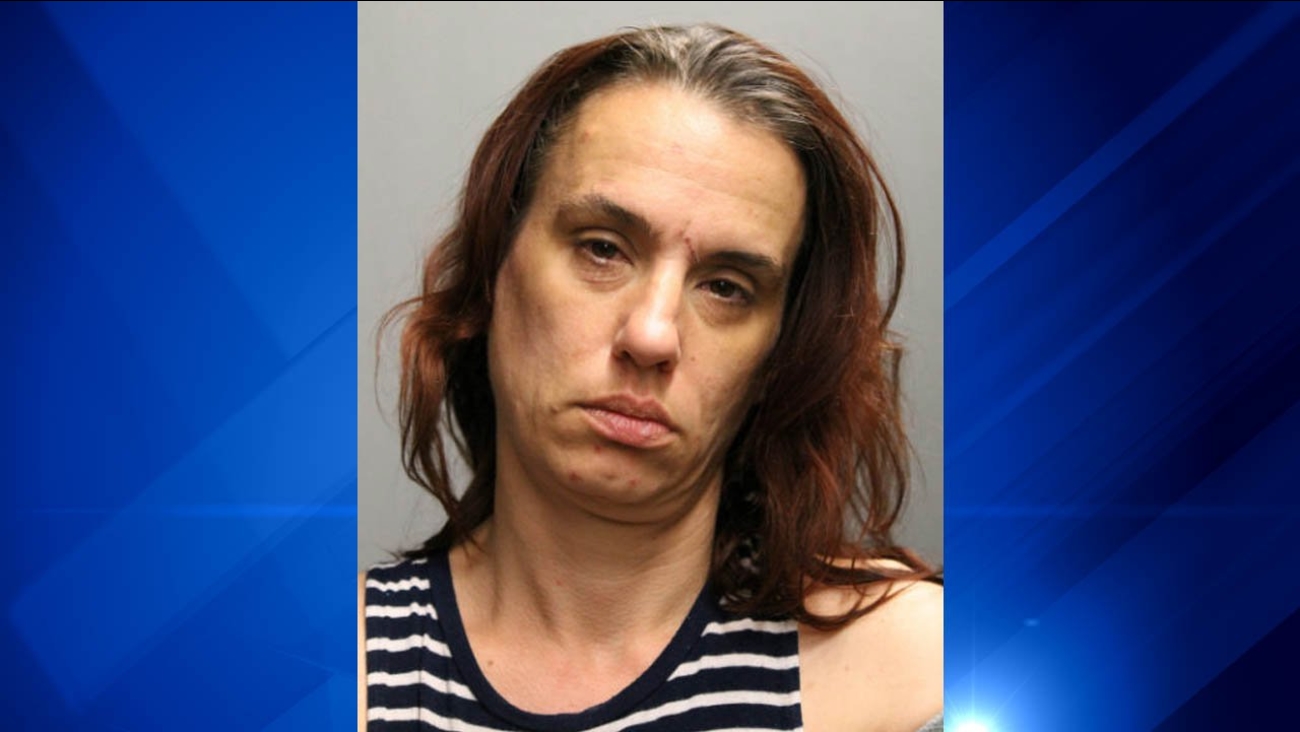 CHICAGO (WLS) -- A woman has been charged with murder in connection with a fire on Tuesday that left a woman dead.

Margaret Reed, 44, was arrested Tuesday after she was identified as the person who set fire to the apartment building in the 1700-block of West Touhy Avenue shortly before 5:30 a.m.

Maria Silva, 51, died after jumping from an upper floor of the apartment building in order to escape.

Reed, who was known to engage in prostitution in the area, has been charged with murder and aggravated arson, police said Thursday.

At about 5:20 a.m., firefighters responded to the scene and found the building's rear porches fully engulfed and smoke and flames billowing out of the roof.

Crews were minutes away from getting a ladder truck to the front of the building, but Silva jumped from her third-floor apartment before they arrived. She was taken to St. Francis Hospital, where she was pronounced dead.

Silva's roommate said the mother of four worked in a factory and sold street corn to make ends meet.

Maria Silva, 51, died after she jumped from a burning Rogers Park apartment building.

"I feel guilty. I don't know what more I could have done," said Raul Ascencio, Silva's roommate.

He said heavy smoke made it hard to see as they tried to escape.

"I was pulling them along, screaming for them to come down," said Ascencio of his roommates, including Silva, who in a moment of desperation ran back into the apartment unnoticed.

It was then, to the horror of those already gathered outside, that they saw her jump.

"She panicked," says Humberto Sanchez. "She got out the window and let go and she fell. And she didn't move after that."

A 51-year-old woman died Tuesday morning after jumping to escape a large fire at an apartment building on Chicago's North Side.

Silva had four roommates, including an older woman who was taken to the hospital, but expected to be OK.

When the fire broke out, many residents were deep asleep at the time. Some woke up to banging on doors by neighbors.

"I just heard my sister screaming, 'Fire! Everybody get up! There's fire in the building,'" said Yuritzi Soto, another resident.

Soto said she and her family were able to escape the flames, but were met with a horrific sight when they got out.

"She got scared. She jumped and we just saw her on the floor. We didn't know what to do," Soto said of Silva.

Fire officials said the fire started as a rubbish fire, spread to the porches and spread inside. More than 150 firefighters helped battle the blaze.

"They did an interior attack through the front," said Dep. District Chief David Dietz, Chicago Fire Department. "Upon arrival the fire was all in the rear porches, heavy fire on the rear back porches and smoke showing on all four floors."

Fire officials said the fire was extinguished quickly, but all 15 units in the building were damaged.

"At this point, all the windows have been knocked out to fight the fire. Peoples Gas, they turned off the gas, so there's no utilities. We would consider that building majorly damaged," said Hank Welch, public information officer for the American Red Cross.