Marta Torres, 61, of Evanston died after she was critically wounded at an Evanston IHOP in the 100-block of Asbury Avenue last Saturday.

She is one of seven people shot and three others killed by 32-year-old Jason Nightengale, according to police. Among the other victims killed was 30-year-old University of Chicago Ph.D. student Yiran Fan, 46-year-old mother of two Aisha Johnson, and 20-year-old Anthony Faulkner who had just moved back to Chicago.

The three victims killed in a shooting rampage Saturday have been identified as family and friends reel from the senseless loss of their loved ones.

Yiran was the first of the seven victims and was found shot to death in a Hyde Park parking garage. Friends remember him as a "brilliant student" and a "positive, loving person."

REST IN PEACE: Yiran Fan was 1 of at least 3 people murdered during a random shooting spree Saturday.

The 30 y.o. was a PH.D. student @ the University of Chicago. He was gunned down in a parking garage.

Johnson was Nightengale's next victim, according to police. She was shot and killed while working as a doorwoman at a Hyde Park condo building in the 4900-block of South East End Avenue. Police said Nightengale had asked to use the phone before opening fire. He fatally shot Johnson and critically wounded a 77-year-old woman who was retrieving mail in the building.

"She was a good person. She has two kids that I know of," one neighbor said about Johnson.

REST IN PEACE: Aisha Johnson was 1 of at least 3 people shot & killed in a random shooting spree.

The mom of 2 was shot & killed in the lobby of a Hyde Park condo building where she worked.

The suspect shot 7 people Saturday - from the south side to Evanston. #Chicago pic.twitter.com/d9Sqbq5tgs

The shooter then traveled a few blocks away where police said he pulled a gun on a man he knew. Nightengale pushed the man into his apartment in the 5000-block of South East End Avenue, where he stole the keys to the man's vehicle, according to police.

After locating the vehicle in a nearby parking garage, Nightengale proceeded to a convenience store in the 9300-block of South Halsted Street. There, he announced a robbery before fatally shooting Faulkner, who was just at the store to buy some snacks and lottery tickets, police said.

"He had the most contagious smile. I mean, he was just so loving and so kind," said Shapearl Wells, Faulkner's cousin.

The shooter also critically wounded the food mart's 81-year-old cashier before he stole the register and took off.

Police are working to piece together Jason Nightengale's crime spree that started on Chicago's South Side and ended in Evanston Saturday.

Next, police said Nightengale fired shots from an unknown location, striking a 15-year-old girl in the head as she rode in the back seat of a car her mom was driving in the 10300-block of South Halsted Street. The teen's father last said she was in critical condition, fighting for her life.

A short time later, police said Nightengale returned to the scene of the robbery in the 9300-block of South Halsted where he then fired shots, striking a Chicago police vehicle.

The crime spree didn't end there.

Police said Nightengale then traveled up to Evanston, where suburban police responded to a call about a man with a gun at a CVS store near Asbury and Howard. When officers arrived, they said the suspect ran across the street to an IHOP where he took Torres hostage before shooting her in the neck area, according to Evanston police.

Nightengale then led officers on a chase east on Howard before he was ultimately shot and killed by Evanston police near a Dollar General parking lot, according to officials.

Police have not released a motive as to what led Nightengale to commit the deadly rampage. However, the ABC7 I-Team uncovered social media posts from Nightengale in the hours leading up to the shootings.

Police are working to piece together Jason Nightengale's crime spree that started on Chicago's South Side and ended in Evanston Saturday.

In one video, he can be heard talking about how he wanted to kill someone.

Evanston police also shared a photo of a .45 caliber pistol Nightengale allegedly used in the course of the deadly crime spree. 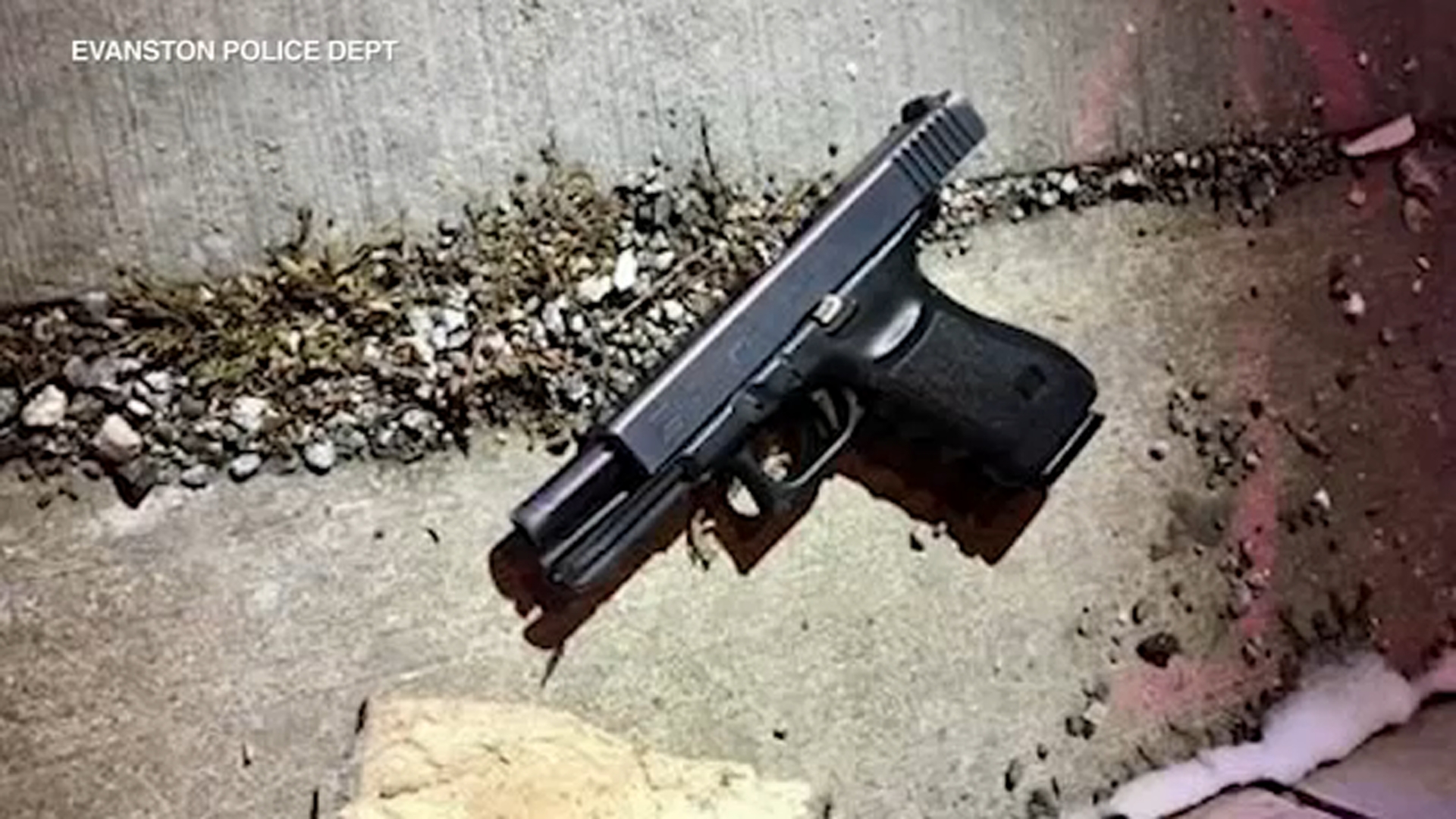 Evanston police have shared a photo of a .45 caliber pistol Nightengale allegedly used in the course of his rampage.

Seven people have been shot, at least three of the victims killed, after a shooting spree between Chicago and Evanston. A U of C student and the gunman are among those dead. 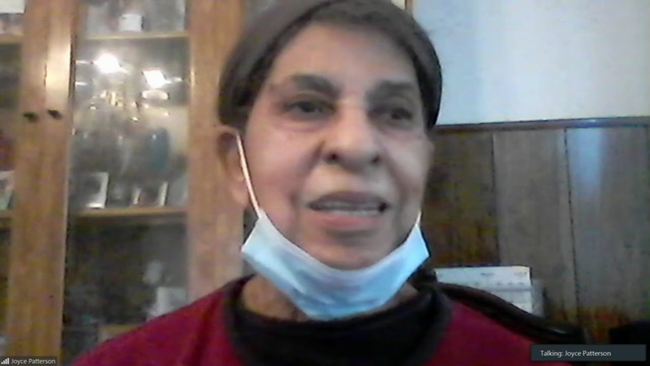 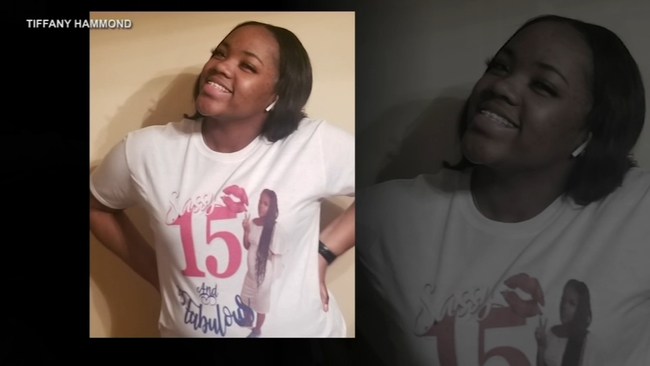 'We are broken': Family devastated by death of teen after Jan. shooting rampage 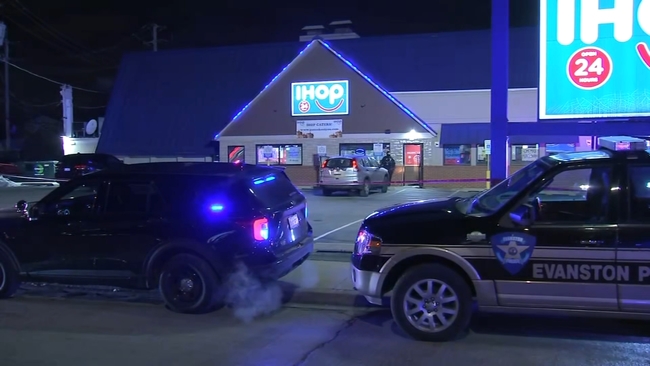