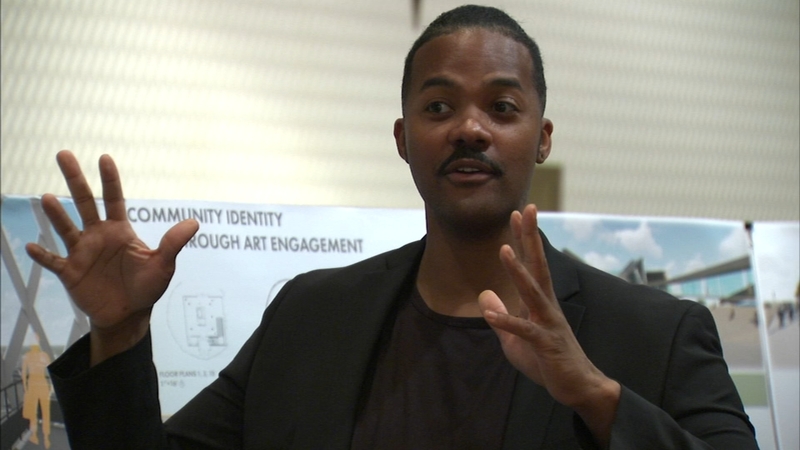 CHICAGO (WLS) -- A vision unveiled Sunday for the land around the proposed Obama Presidential Center and Library makes for an ambitious take on building up the South Side neighborhood.

Chicago's sprawling Woodlawn community will one day play host to the proposed Obama Library, and community input has been key as the project takes shape.

The vision for the South Side lands running into and including Jackson Park belongs to J. Byron Brazier, a cultural planner and son of Apostolic Church of God's leader Dr. Byron Brazier.

J. Byron Brazier said culture drives development in neighborhoods such as Chinatown and Greektown, and it should be the same for black culture in Woodlawn.

"We are, as black Americans, global influencers and our culture has been appropriated and monetized for some time now because we do not have indigenous spaces to where people can come and appreciate what we have and what we bring as a contribution to America, so that is what this is," he said.

The primary development is to revitalize four shuttered schools, and provide new walkways between them that create new professional, industrial, retail and residential space.

"What you got to tear down, you got to put something back up," Brazier said.

He called the plans "a model that every black community could follow because there is a Woodlawn in every city in every state across this country."

The budget ranges several millions of dollars, but what's different about these plans is that they were developed through NOW -- the Network of Woodlawn nonprofit that would be the developer, not the city.

"All of it is not about the Obama Library," said Alderman Carrie Austin. "Most of it is about the community, so the library is just a portion of it."

Austin said the developers have "gone so in depth in things that are already exposed to us, and they have made them so futuristic, but still down to earth."