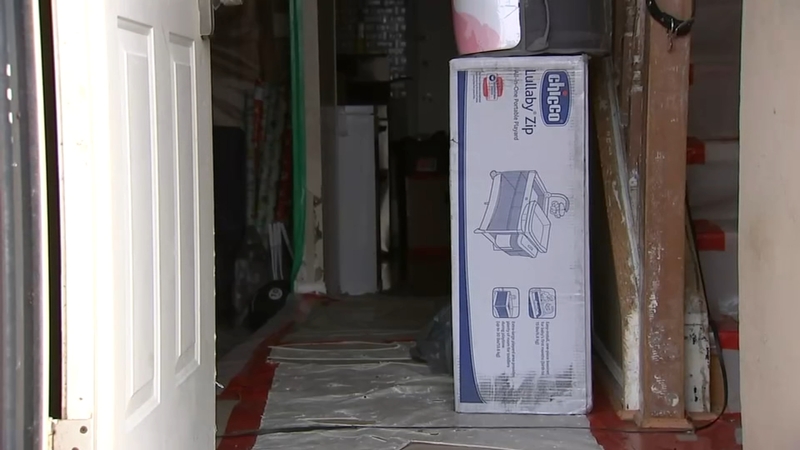 WOODRIDGE, Ill. (WLS) -- Already facing a hurried December 17 deadline, a group of condo residents in Woodridge were forced from their homes even earlier by a broken water main.

A group of condo owners at Woodridge Country Club had been informed by their association that they had less than two weeks to find somewhere new to live over the winter because all water had to be shut off for repairs.

On December 2, Woodridge Country Club Condo Association #5 sent residents a letter, which read in part, "You must vacate the building...on December 17. Do not expect to be able to move back into your unit until spring 2022."

The condo association said damage from a summer tornado is still causing problems, and all water must be turned off to all units to avoid pipes bursting.

But the broken main meant everyone had to evacuate Thursday.

Jacqueline Ramos is expecting a baby in February. She expected the holidays to be a joyful time with that to anticipate, but now she's frantically trying to move out of her condo.

"We don't have a place to stay. It's pretty difficult," he said.

Ramos lives in one of the 56 units that are being evacuated after the water main broke. Residents were given little or no time to find a place to stay in the meantime, and the water has been turned off to all the affected residents.

Some residents were flooded, and are pumping water out of their units while trying to pack up what they can to take with them for now.

"It's difficult. We need to pay our mortgage and pay our rent. So many expenses suddenly," said Zorka Petrova, resident.

Community members have rallied, raising money so displaced residents can stay at the nearby La Quinta hotel in Willowbrook for the next month.

Holiday gifts are on the way too. The group Neighbors Helping Neighbors is loading up gifts being stored at the mayor's home for a holiday event Saturday benefitting all Woodridge families affected by tornadoes, including all the displaced families from the condos.

"Everyone helping so much. The resources have been good. It's just now we have to push hard, because it's immediate," said Mayor Gina Cunningham.