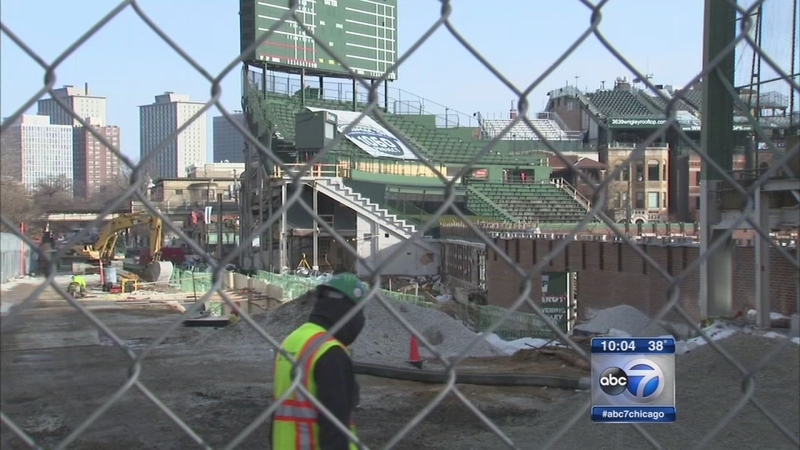 On Saturday, they announced contingency plans for fans with season tickets. Holders can get a refund, relocate their seats to the grandstand until the construction is complete, or get a credit on their account.

Team officials say the bleachers will not be ready for at least another month past the Cubs' opening day game on April 5, meaning the nationally-televised opener will take place with empty bleachers.

Officials say left and centerfield bleachers should be ready by early May, but right field bleachers will not be completed until the end of May. The new video board in left field will be ready for the start of the season.

"We were hopeful that if we got everything poured and weather cooperated, it might be able to be cured by the beginning of April," said Crane Kenney, Cubs president of business operations. "And we're going to miss it."

Fans at the Cubs Convention are optimistic and hopeful for big success on the field this season, and most said they are not bothered too much by the delay.

"It doesn't have an effect on the baseball playing," says Danny Hernandez.

But many fans are less excited about watching the games from rooftop seats this season. The new signs are likely to block some views. Citing the lawsuit by rooftop owners, Kenney declined to talk much about that issue, but said the Ricketts family has bought out the owners of three of the rooftop buildings.