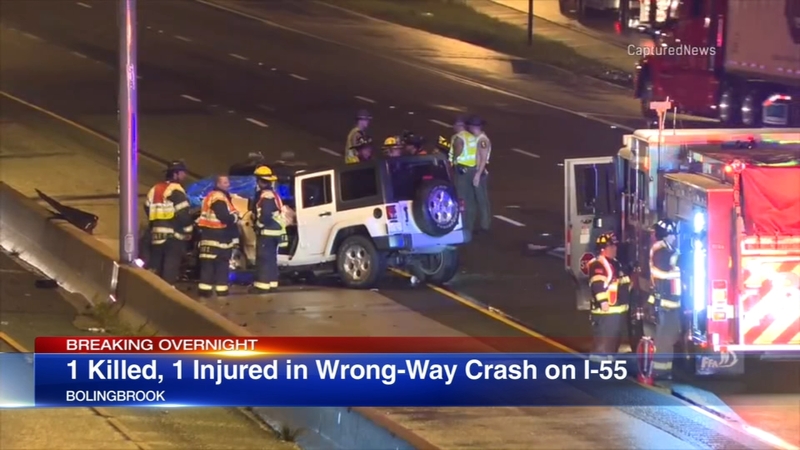 CHICAGO (WLS) -- One person was killed and another injured in a crash on I-55 in Saturday morning in Woodridge.

Darien-Woodridge Fire Protection District officials said the crash occurred at around 1:30 a.m. near Woodward Avenue. Authorities said they got calls about a Ford Mustang heading northbound in the southbound lanes at more than 100 miles-per-hour.

Shortly after, the Mustang crashed head-on with a Jeep. The man in the Mustang died. Authorities have not released his identity.

The driver of the Jeep was injured, but is expected to survive.