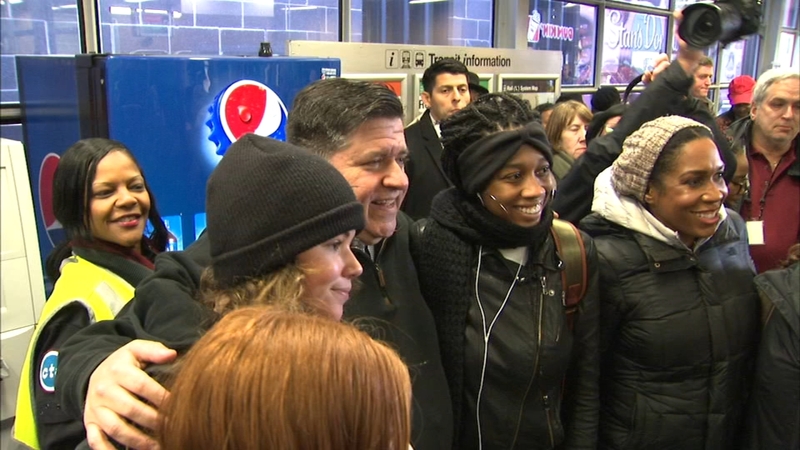 CHICAGO (WLS) -- Chicago and Cook County experienced a big surge in young voters turning out in record high numbers for the 2018 midterm elections.

Many issues appeared to have motivated their rush to the polls, but top among them was voting against President Donald Trump.

Local colleges were a key to young voter activation; University of Chicago said 70 percent of their undergraduates registered to vote. Other organizations focused on young voters also helped to ensure people between the ages of 18 and 34 were well represented.

Tuesday was a good day for Chima Ikoro.

Ikoro was among many millennials who showed up to vote.

"If you add up 18 to 24 and 25 to 34, they surpassed all the people who are over 65 and that's a significant change since the primary election," said Jim Allen, Chicago Board of Elections.

"Trump was the real reason I waited in line and went to another one polling place because I went to the wrong on to actually vote," said voter Jason Kelley.

"This recent political administration has shown everybody what happens when we don't use the voices we have been given. So I know a lot of my friends had election night parties and a lot of my friends went voting in giant groups together," said voter Hope Drager.

"The election was super important, not just for governor of Illinois but for the Senate, for the House of Representatives," said voter Eric Tucker.

"The rights of the LGBT community, women's rights, legalizing marijuana, and raising the minimum wage, stuff like that really matters to me," said voter Martin De Alejandro.

"It's working, it's great. Keep working, keep organizing," she said. "It's how it's supposed to work.