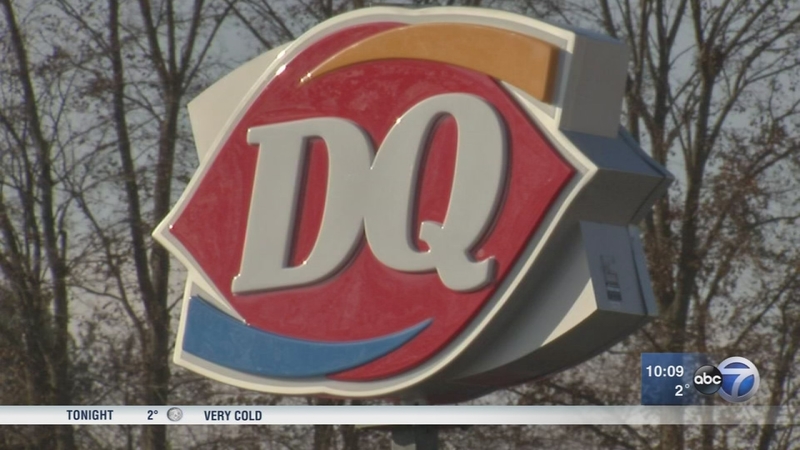 ZION, Ill. (WLS) -- A Dairy Queen restaurant in the north suburbs has been closed by corporate after a mother says the franchise owner called her and her children a racial slur.

"He was proud, he used the word freely when talking to the officer," said Deia Ford, 21.

Ford, a mother of two, said she went to Dairy Queen in Zion for food Wednesday morning. She said she didn't receive her full order and asked for a refund, and did not expect what happened next when the franchise owner Jim Crichton approached her.

"It was really just upsetting especially with having my children in the car. I mean, no one deserves to be treated like that," she said.

She said Crichton used racial slurs in front of her two young children.

"I was kind of taken back, and my daughter in the back seat repeated what he said, asked me what that means," Ford said.

Ford said she was so upset she called police. The police report says Crichton used the n-word repeatedly in the dispute over the partially-filled food order that he handled. When Ford asked for a full refund, police said, "Crichton refused, gave her $5 back and called her and her children (n-word)," adding, "they did not deserve anything more."

The report goes on to say that Crichton boasted to the police that "he would be happy to go back to jail over the issue and proudly admitted calling Ford a (n-word) - and that he is 'fed up with black people.'"

Zion Mayor Al Hill spoke to Ford and said such intolerance has no place in his city.

Ford has retained a lawyer and is considering taking legal action. She said she has received support from many organizations around the country including Black Lives Matter, who are planning a protest outside the Dairy Queen location Saturday afternoon.

Dairy Queen corporate headquarters in Minnesota issued a statement Friday evening announcing that it is in the process of terminating the franchise rights of the Zion location.

"The recent actions of this franchisee are inexcusable, reprehensible, unacceptable and do not represent the values of the Dairy Queen family, our employees, fans and other independent franchisees around the world. We expect our franchisees and their employees to treat every single person who walks through their doors with the utmost dignity and respect. Nothing less is acceptable," the statement said.