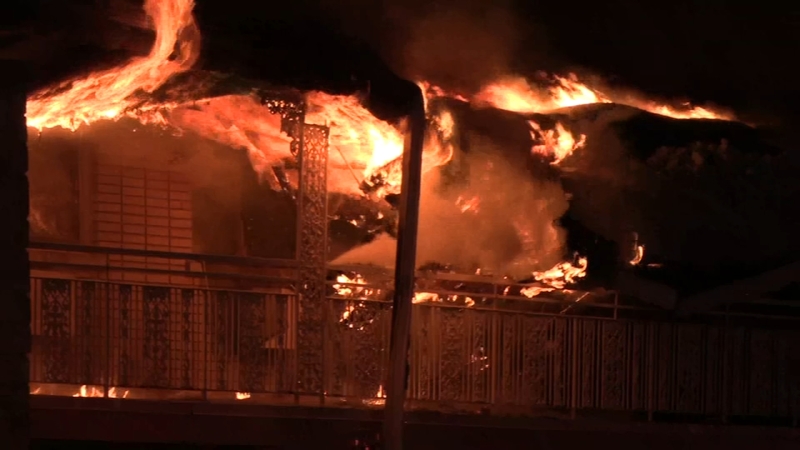 The fire started shortly before 2 a.m., according to Matt Walberg with Cook County Sheriff's Office.

One woman suffered minor burns from her hair catching on fire, Walberg said.

The woman was taken to Loyola Hospital in Maywood and was in stable condition late Monday morning.

The cause of the fire is under investigation, Walberg said.

One woman living at the building said a smoke alarm was not installed in her room before she moved in.

She said she installed one herself but "even they didn't go off."

She said the only reason she and her family were alerted to the fire was by the firefighter banging on their door.
Report a correction or typo
Related topics:
cook countyfire departmentsfirefire rescuefirefightersfire challenge
Copyright © 2021 WLS-TV. All Rights Reserved.
More Videos
From CNN Newsource affiliates
TOP STORIES