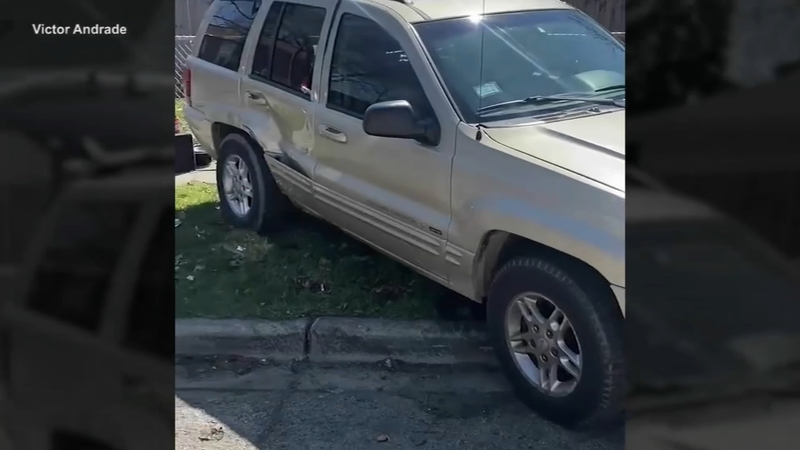 CHICAGO (WLS) -- A couple's vehicle was stolen while they were dropping off coffee at a co-worker's house, then the suspect crashed it.

Victor Manual Andrade said he took his keys with him when he got out of his car in the Belmont Cragin neighborhood Monday, but there was a spare set in the door.

He got a notification that the car was moving, and when he went to go look for it in the 2400-block of North Meade, it was gone.

Andrade said he used GPS to track the car to the 6200-block of West Palmer and saw a woman driving it, then watched her crash into another vehicle.

Chicago police said the suspect was detained by the victim and other citizens until authorities arrived.