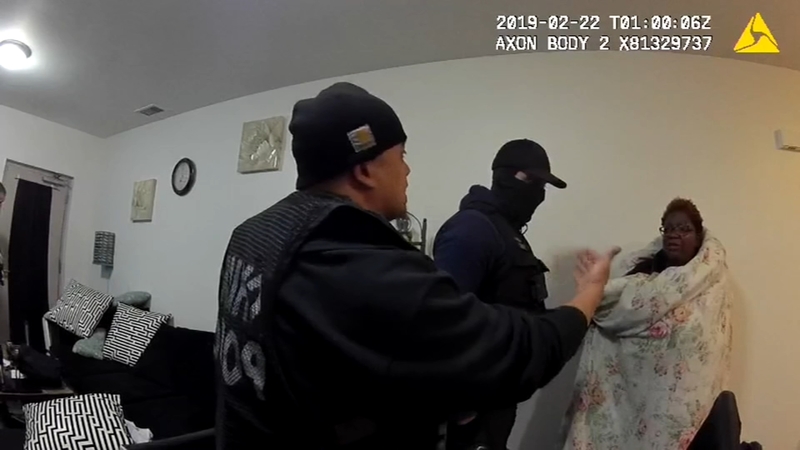 CHICAGO (WLS) -- The Civilian Office of Police Accountability has concluded its investigation into the botched Chicago police raid of Anjanette Young's home.

Chicago police said officers were executing a search warrant on what turned out to be an innocent woman's home in February 2019.

Young was made to stand unclothed in front of officers and was handcuffed for nearly 17 minutes, COPA said.

COPA said it conducted a 16-month investigation which included 30 interviews of law enforcement and civilians.

"The raid of Ms. Young's home was truly painful to watch," said COPA Chief Administrator Sydney Roberts. "Given the significance of this investigation, COPA assigned this case to a uniquely constructed 10 member team to evaluate the critical Fourth Amendment issues raised in this complaint. While we cannot fully heal the pain Ms. Young experienced on that day and ever since, we hope that our investigation and recommendations will enable the healing process."

The investigation found nearly 100 allegations of misconduct from the conduct of more than 12 officers. COPA also found deficiencies in officers' acquisition and execution of search warrants.

"I am a real person who has suffered real pain and trauma at the hands of police officers," Young said.

For Young, the two years after this incident she wants more revealed about what happened at her home that night and wants the city to take action against the officers involved.

"If they are not held accountable for their actions that night than it happens to the next family, and it minimizes what they did to me," Young said.

"While this is a step we are not sure if this a step fully in the right direction because we haven't seen the report," said Keenan Saulter, Young's attorney.

CPD confirms the department has received COPA's report and is taking it under advisement.

Since March, COPA has responded to 10 officer involved shootings, releasing video quickly on some of the most high-profile cases.

Young shared that recent video of police shootings has been difficult for her, so she avoids seeing them.