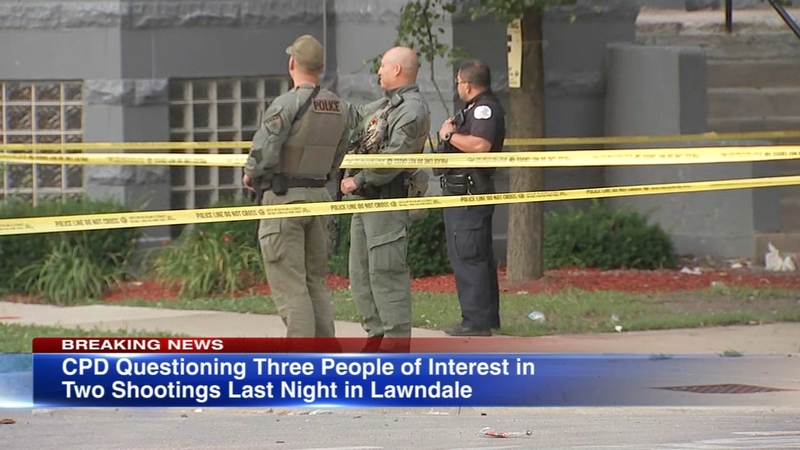 Police have not given any details on the persons of interest, whether they were involved in one or both shootings, or what their involvement may be. They also have not said if they are still looking for other suspects.

Five people, including two teenagers, were wounded in the first shooting near W. 13th St. and S. Christiana Ave. around 6:05 p.m. The victims ranged in age from 14 to 22 years old, police said.

No other details on the circumstances of either shooting have been released.

Chicago police said there is a lot of work ahead of them and are hoping the community may be able to help fill in the gaps of what happened.