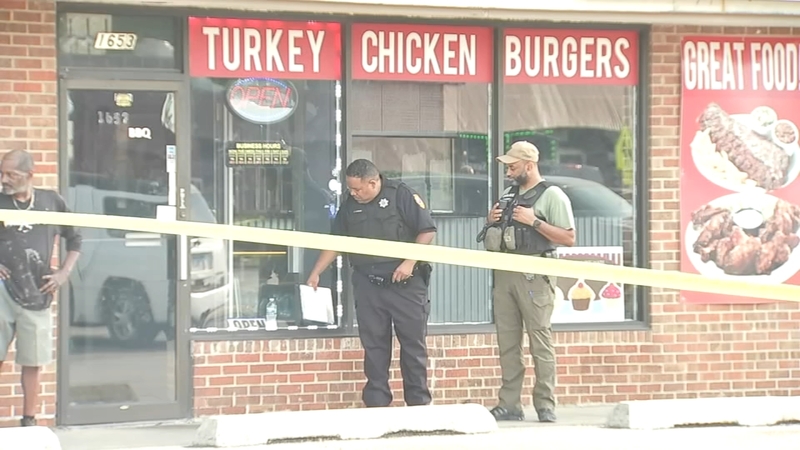 The police shooting took place in the 1600-block of South Sibley Boulevard at approximately 3:15 p.m., according to Illinois State Police. One male died in the shooting, and one officer was transported to a local area hospital for treatment.

"I pulled up and nobody was out and then soon as I got here, maybe five minutes, 10 minutes after, all the police cars pulled up," said Harmonie Hoyt, who works next door. "I never heard anything. It is weird to me. I didn't hear anything and as soon as we come out everybody recording. We were just wondering, really, why everybody standing outside our store."

The officers involved in the shooting were assigned to the U.S. Marshals Service Great Lakes Regional Task Force, police said. One of the officers is assigned to CPD's Fugitive Apprehension Unit, according to the Civilian Office of Police Accountability.

US Marshalls now say a team from several agencies was trying to apprehend a known fugitive when, they said, the suspect pulled out a gun. They said officers fired back, striking and killing the suspect.

With no bullet casing, shattered storefronts, or evidence markers in the parking lot, the investigation seemed to indicate the shooting happened inside a BBQ restaurant.

"They just ask us, can they see the cameras. My manager told them we only have cameras inside, so we wouldn't be able to tell them anything that happened outside," Hoyt said.

US Marshalls said the suspect was wanted in connection to a Chicago murder, an attempted murder in Calumet City, and a home invasion in Suburban Cook County.

Illinois State Police are handling the criminal investigation and the Civilian Office of Police Accountability will be conducting a use of force investigation.