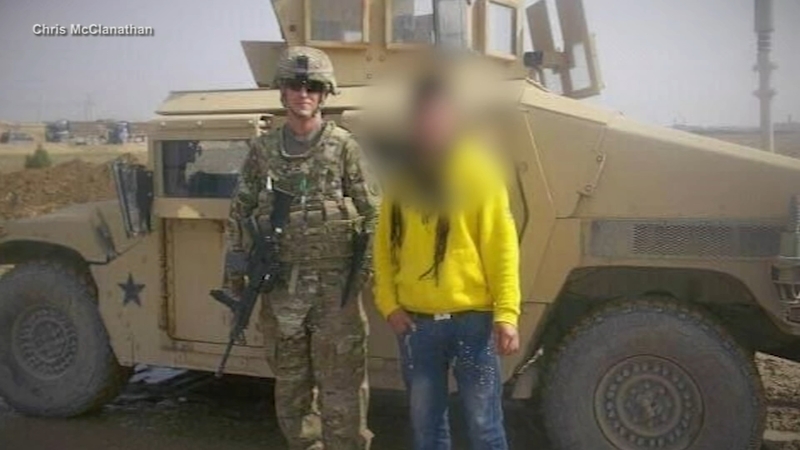 Dyer veteran racing to get unit interpreter out of Afghanistan

DYER, Ind. (WLS) -- Christoper McClanathan was deployed to Afghanistan in 2010. During his service there he became close with his unit's interpreter, a local Afghan. Now that interpreter is on the run, the Taliban is trying to find him, and McClanathan believes he's in grave danger.

"Basically he's kind of moving from house to house," he said. "Because the Taliban is looking for him and others like him."


While McClanathan was deployed, the interpreter became a friend and critical resource.

"He was on the base with us 12 hours a day, every day," he said. "He's 20 years old at the time when I was there 10 years ago, so he's around the same age as us. We had a lot in common. He was going to college nearby to improve his education."

Many of the interpreters lived just off base; locals, with families, choosing to help U.S. forces, sometimes at all costs.

"We served with these people. They, in some cases, bled for us. And we bled for them to save them, just like any other member of our unit," McClanathan said.


The veteran said days ago his friend nearly escaped, but was turned away at a U.S. gate. He said the interpreter told him most of the Afghans who did get out just rushed the airport.

McClanathan is working from his home in Dyer, making calls and even connecting with Congressman Raja Krisnamoorthi's office. Vigilant, but concerned.

"We said, 'Hey, if you help us we will take care of you," McClanathan said. "And I feel like right now, we aren't doing that."