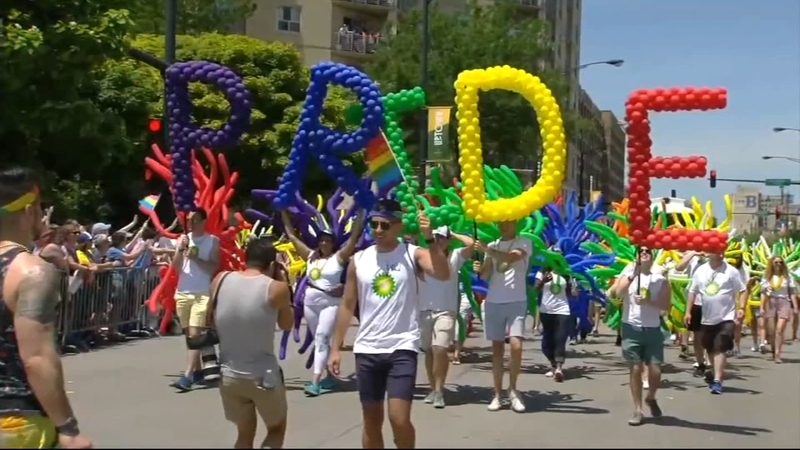 Organizers announced in May that the parade, typically held in June, had been pushed back to October 3. The hope was widespread vaccination would make it safe to people together for the parade, which regularly attracts hundreds of thousands of people along its route.

"Sadly, we were naive in that belief or, a more accurate word -- 'hope'," organizers said in a letter. "Everyone knows the reasons we were wrong in our estimate as to how safe things would be in the fall. Leave it at that."

Organizers added they had hoped an October parade would allow them to introduce LGBTQI+ History Month, and had hoped to recognize The Chicago Gender Society, which they said have been an entry in the Pride Parade every year since 1985, as well as honor some specific individuals.

"We really wanted and hoped there could be a parade in 2021," the organizers wrote. "We don't feel, though, that we can do it safely for everyone in the parade and people watching. We must cancel the parade for a second year."

"We had high hopes but we have to listen to what everyone is telling us, advising us," said Alexandria Evangelou, co-owner of Elevate Coffee.

"Considering the crowds we get and how tightly packed together they are, unless you're absolutely confident about the safety factor, you really can't do it," said coordinator Timothy Frye. "It's just not possible."

"I think the biggest disappointment is just the lack of effort people are not putting in to taking this seriously," said Jacob Miller.

"It's kind of putting others head of themselves," Evangelous said of the decision to cancel. "I think it's a selfless decision.

As disappointment settles in again in Northalsted, focus will now move to doubling down on safety precautions. Organizers said they are still planning to hold the Chicago Pride Parade on June 26, 2022.

"We have all gotten this far from the last year," said Michael Williams, manager of Men's Room. "Hopefully it's going to be insane and fun and just like all the rest of our pride events."

"We intend to have the best, most joyous, fabulous, memorable Pride Parade ever," organizers said of next year's celebration. "Count on it!"