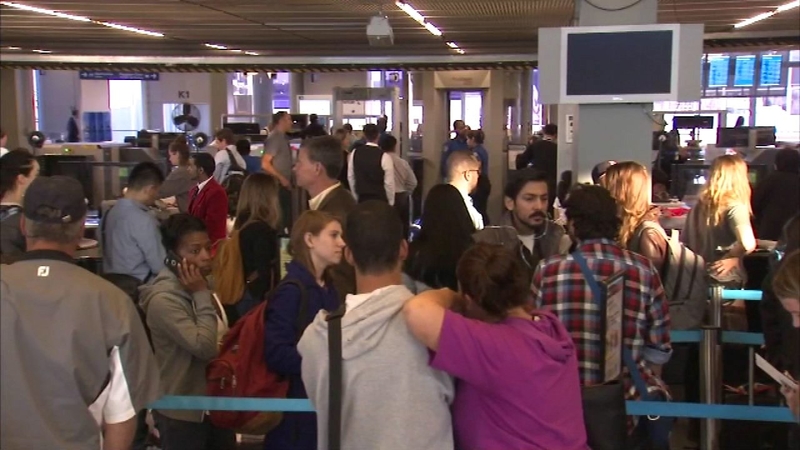 CHICAGO (WLS) -- Help is on the way to help shorten those long lines at Chicago's airports, but tensions are rising in the meantime. Some agents say they have had to deal with personal insults and intimidation. Now some Chicago aldermen want to get rid of TSA workers altogether and privatize passenger screening.

Even though the federal agency has promised Chicago more TSA screeners by next week, a handful of aldermen say they are done with the TSA. They are calling on the city's aviation department to apply for the TSA screening partnership program, which would give Chicago more control.

"It's working in San Francisco, isn't it? And it's working in 20 other major airports in the country. What we do know is, it is not working here with TSA, so maybe it's an opportunity to give private industry a chance to show whether or not they can do it right," Ald. Burke said.

While four other alderman have signed on to the idea with Burke, others say Chicago's recent history with privatization is a good reason not to support Burke's proposal. Ald. Ricardo Munoz (22nd Ward) supports giving the TSA the appropriate resources.

"We have to make sure the turnover is lower by paying them better wages with TSA and we need to make sure that they staff up so that we prevent any terrorism act to be a possibility in Chicago," Ald. Munoz said.

Mayor Rahm Emanuel and both of Illinois' U.S. senators have requested more staff. On Wednesday, Senator Mark Kirk used social media to get his point across as he tweeted, "Traveling through O'Hare or Midway? #tweetyourtime & tell me how long it takes you to get through security. #iHateTheWait"

Traveling through O'Hare or Midway? #tweetyourtime & tell me how long it takes you to get through security. #iHateTheWait

The mayor said 58 new employees are expected next week and another 250 by mid-August during the height of the busy summer season. While Emanuel has said he is against privatization, he hopes Burke's proposal will put pressure on the TSA to get its

Emanuel plans to have a private meeting in Chicago on Friday with the director of the TSA. Meantime, Illinois Senator Dick Durbin is calling on the airlines to immediately stop checked baggage fees for the summer travel season. TSA said increased carry-on luggage has slowed down the screening process.

TSA has scheduled a news conference at Midway Airport Thursday to remind passengers what they can and can't bring through security, but passengers didn't take that well saying, "We're not the problem."