WLS
CHICAGO (WLS) -- Chicago police have charged a relative and his girlfriend in connection with the deaths of six family members in their Gage Park home in February.

Diego Uribe, 22, and Jafeth Ramos, 19, are each facing six counts of first degree murder, Chicago Police Supt. Eddie Johnson announced Thursday. The couple was arrested Wednesday night at their Little Village home where they were raising their infant son.

Police say Uribe argued with his cousin before shooting her.

"Mr. Uribe, who is a cousin to Maria Martinez, had originally attempted to rob his family for money before it turned into a multiple homicide. Ms. Ramos was present in the home at the time of the murders and was an accomplice to this unspeakable act," said Supt. Johnson.

Police said Uribe killed his cousin, 32-year-old Maria Herminia Martinez, first during the argument, by shooting her four times in the head. Maria's brother, Noe Martinez, Jr., 38, was the second victim. Police said Uribe then went downstairs and systematically murdered the other four family members: Noe Martinez Sr., 62, who was stabbed more than 40 times; his wife, Rosaura Martinez, 58, and their grandchildren Leonardo Cruz, 13, and Alexis Cruz, 10. All the victims, including the boys, had defensive wounds.

Police say that during the course of the investigation, they asked family members for DNA samples. Uribe consented to a DNA test and police say that helped discover that he was a suspect.

Police did not elaborate on Ramos' role in the murders.

According to the Cook County medical examiner, all of the victims suffered multiple stab wounds and multiple defensive wounds. One victim was shot four times in the head. Another victim was stabbed more than 40 times. Their deaths were ruled homicides.

From the beginning, police described the case as a complex investigation. It was believed that the family had been specifically targeted and that this was not some sort of random crime.

Police found the doors of the house locked. There were no signs of forced entry. The home was not ransacked and none of the victims were bound.

"In my 28 years, I haven't seen a case that has hit as close to home for myself and so many others in this department," said Supt. Johnson.

Uribe and Ramos are both due in court Friday. 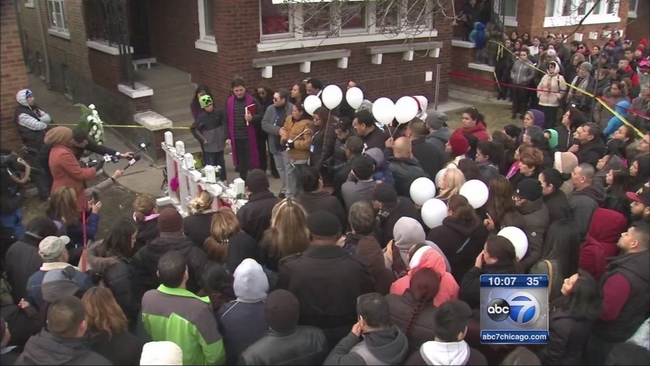 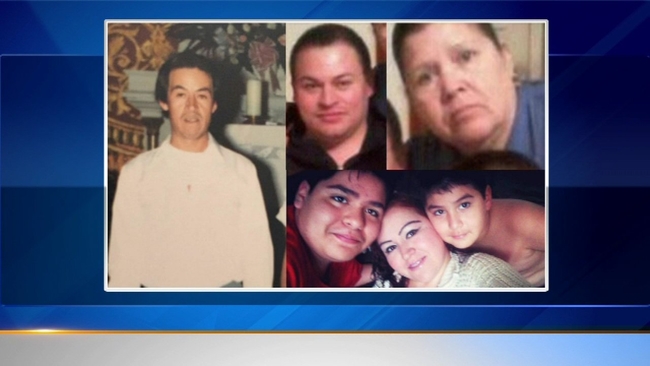 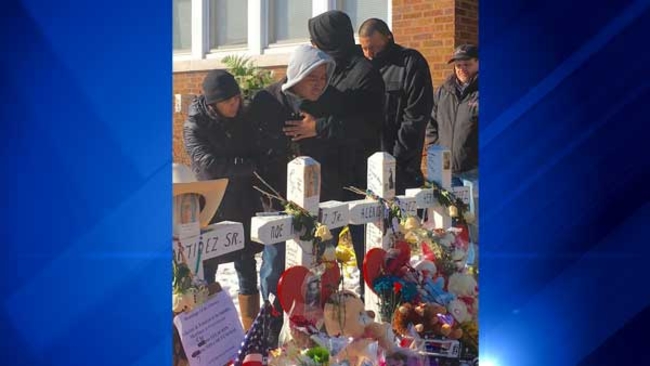 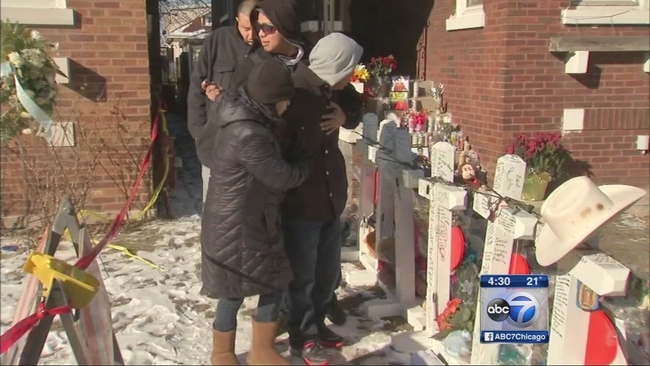