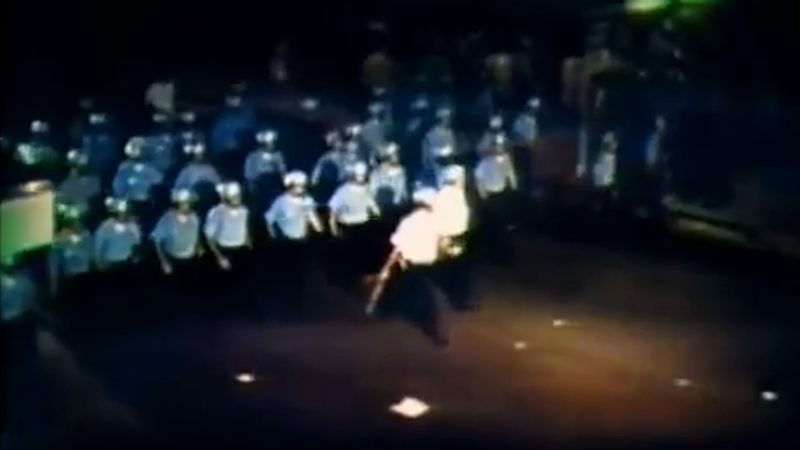 The police had dealt with demonstrations before, but there was nothing in their playbook for the likes of this.

"We were the only major city in the country up to that time that had to face that type of demonstration," said Jim Maurer, retired Chicago Police Chief of Patrol.

Maurer was a young patrolman in 1968 assigned to guard police headquarters. Jack Kennedy, who had almost a year on the force, was part of a tactical team at the convention site. Both men would rise to high rank in their careers, Kennedy as head of Bomb and Arson and Maurer as Chief of Patrol.

Both men resent and have long rejected the term "police riot," given in the Walker Report, but as for the psychology of crowd control, they acknowledge the police in 1968 knew little and trained even less.

"One of the big things was when they lined up these guys, in terms of following orders and command, they were given a command by their field commanders out there to charge. Well, that's something we never did after that," Maurer said.

It was "every man for himself." Most of the frontline cops were tactical team members, aggressive by nature of their job. They were given only a couple days of training on how to form a line and put on a gas mask. Not much more.

"And now the background of these officers is - these are bad guys throwing crap at me so then the thing is charge - go get 'em, and boy they were more than willing to charge," said Jack Kennedy, former CPD Commander.

Some of cops were veterans. Many were from military families. The anti-war thunder did not sit well with them. No one died, but the scars from that moment in history ran deep. So did the learning.

"If there was a benefit out of it, it probably taught the country, law enforcement in general, it's not the old Haymarket Square days, just charge in and start beating people. It just didn't work that way," Maurer said.

Crowd control will never be flawless, but training today is a world apart from 1968.

Slow, deliberate movements, extraction teams. Mounted units, bicycle patrols - tools used during more recent large scale demonstrations like 2012's NATO gathering - allowed protest without chaos. Much of that was overseen by Maurer and lessons learned from half a century ago.