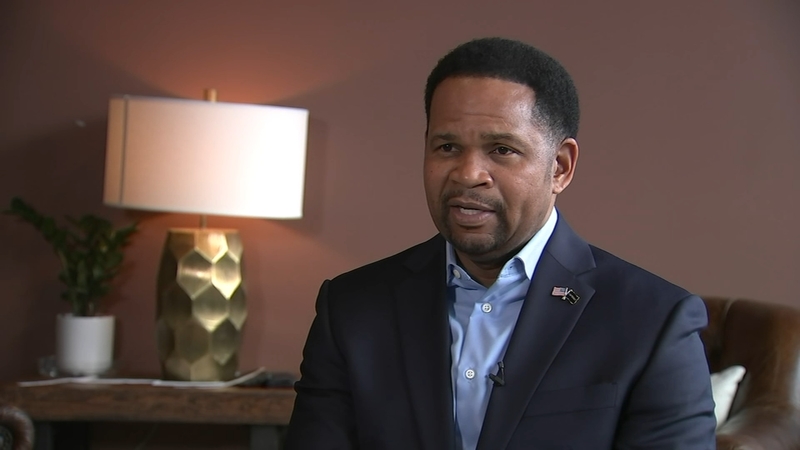 AURORA, Ill. (WLS) -- Aurora mayor and Republican gubernatorial hopeful Richard Irvin went after Illinois Governor JB Pritzker Thursday, while admitting he still has not heard from the Republican billionaire who is expected to bankroll his campaign.

Three weeks after officially launching his bid for governor, Irvin sat down to talk about his campaign and why he decided to get into the race.

"I'm concerned about my family, my kids just like everybody in this state," he said, adding he wants to make a difference for Illinois.

Irvin, who recently received more than $1 million from some big name Republican donors, said he still has not met or talked with billionaire Ken Griffin who has said he is "all in" to support a candidate to beat Pritzker.

"If he does support me I welcome, you know his support. I welcome his vote. But he's one voter," Irvin said.

He added he won't be anyone's puppet.

Irvin also made it clear he is a Republican, even though he has pulled Democratic ballots in recent elections.

"I've voted in some local down ballot elections to make sure that those folks who are elected in this Democratic stronghold we have here in the city of Aurora, a Republican in the middle of a democratic stronghold," the second term mayor said.

But with the shadow of Donald Trump still hanging over the Republican Party, Irvin dodged repeated questions about whether he voted for Trump in either of the past two elections.

One day after Gov. Pritzker laid out his budget plan with nearly $1 billion in one-time tax rebates and assistance, Irvin bashed the proposal.

"That's an election year gimmick, you know the promises made it's almost like he looking to buy votes," he said.

He also disagreed with Pritzker over his indoor mask mandate.

"I recognize the importance of folks wanting to wear masks to protect themselves and protect their family, but I'm generally opposed to mandates," Irvin said, saying he is also opposed to vaccine requirements, or mandating proof of vaccination at establishments.