'Bachelor' Arie gets dose of reality when Becca's ex shows up 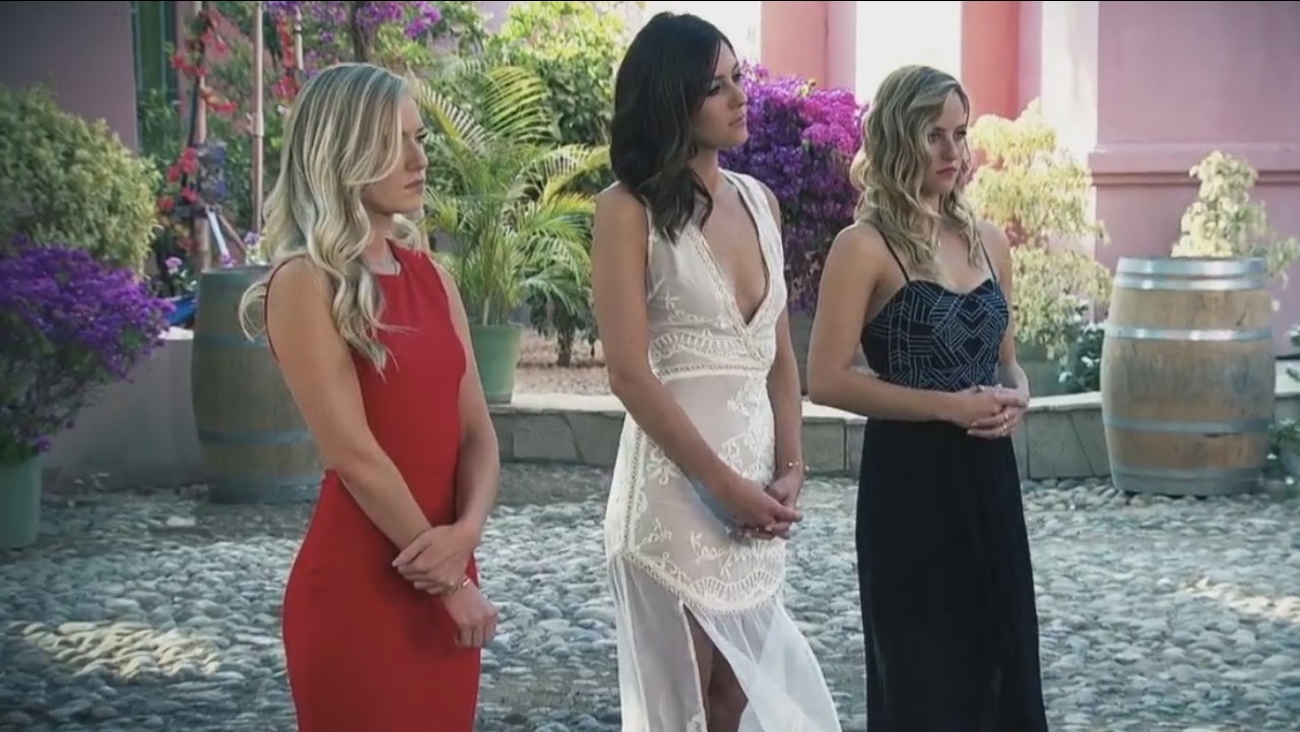 NEW YORK -- This week Arie took his remaining three women on fantasy dates to Peru. Arie's first date was with Kendall. They met up in the middle of the desert to go dune buggy riding. They didn't get to do any driving, there was a driver that took them around the desert. They kissed as they rode around with the sand blasting them in the face. Romantic? They were shocked when they stopped at the edge of a cliff, but then they rode boards down the sand dunes, like you would snowboarding. They had a great time being adventurous together. They sat down for a picnic once they were done and Arie and Kendall talked about how things went in her hometown. Kendall said that she's not ready for marriage just yet, and she would even say "no" if Arie were to ask her.

Later, they sat and shared some dinner and Kendall said that she really does love her time with Arie, she doesn't want it to end, but she is not ready to get married yet. Arie said that he's never dated anyone like Kendall and he really wants to get to know her more. She said she doesn't want to be a novelty to him. Kendall wants a relationship that can have a real future. She wants the possibility of a proposal in the future, just not quite this soon. She went as far as to say that she's falling in love with Arie! He told her, "I'm falling for you too." Then he gave her the fantasy suite card. She decided to accept it and spend more time with Arie. "The Kissing Bandit" wasted no time taking her up to their shared room and living up to his name. The next day, they made breakfast together and Arie learned how Kendall likes her eggs. She says that she can see being engaged to Arie at the end of this process.

Just like that it was Lauren's turn. On to the next! She met up with Arie at the airport and they took off in a small plane to view the Nazca lines. There was definitely some awkward silence. They spent a lot of time just looking at each other and then Arie randomly asking her what she's thinking. Having to constantly beg Lauren to open up seems to be wearing on Arie. Once they were off the plane, Lauren told Arie that she's very afraid of getting hurt. Arie again said, "You know where we are, don't you?" She said the stronger she feels, the more she's afraid to lose him. Lauren said that she gets so scared sometimes, she actually considers leaving. She also revealed that she's losing hope sometimes, she said she needs to feel like she's the only girl that he sees.

Arie and Lauren met back up for dinner and jumped right into telling her that he realizes there's a weight on her shoulders. He said he understands and that she shouldn't worry that if she's the last person standing, that he would be 100 percent committed and all there for her. Arie told Lauren that the night in Tuscany that he fell for her then and he added that he's confident in this process because, "I love you, and I would hate to lose you." She said, "That's why I'm still here, I don't want to lose you either." Wow. He flat out said, "I love you." That usually doesn't happen until the finale! Then Arie took out the fantasy suite card and Lauren accepted it. Their room was amazing! It had a jacuzzi in it and as they sat and kissed on the couch inside the room and reaffirmed that they love each other. They said it over and over. The next day, Arie and Lauren said that they feel so much closer to each other and it was good to be able to talk about everything they needed to talk about. They said, "I love you," again.

Last up, Becca reunited with Arie at a dock. They boarded a catamaran to check out some of the local islands. It's almost hard to watch them kissing after how intimate Arie just was with Lauren. Although, Arie said that Becca is his safest relationship. He feels very confident with her. They took in the sights and admired the local wildlife, like seals and birds. They also sipped champagne as they chatted about their relationship. Arie told Becca he has no hesitations about her, and Becca said that she feels the same. She revealed that she was in a long distance relationship for more than three years with her ex, with no end in sight. Becca said that she would move for Arie, and he said he doesn't want her to feel pressured by that and would just want her to make that move when she's ready.

They had an amazing nighttime dinner inside a beautifully appointed tent on the beach, complete with bonfire. Arie said that he felt happy envisioning their life together after the show. He said his only fear is choosing the wrong person at the end of this. Becca said that she can see a proposal at the end of this, and she revealed how she fell in love with him. Arie said that he felt like part of her family during their hometown date. Becca said it was the next day that it clicked and she thought, "I love him." Arie said that after their date in Peru he knew that he was "in love" with her. He then whispered, "I love you." Becca don't get too excited, you're not the only one! Yikes, this is worse than Ben's season where he told two girls. I would say Arie told two and a half because he only told Kendall that he was "falling in love" and not "in love" with her. Arie offered Becca the fantasy suite which she absolutely accepted. It was another tent on the beach! Anyone else wonder where the bathroom is? Arie said that there's a part of him that wants to end the show now and propose in the sand dunes. Wow. The next day they said, "I love you," many more times. They moved over to a carpet on the sand for some breakfast, and he told her that in this process he doesn't want to hold back and not say how he feels.

“I would have swam here if I had to.”

All of a sudden, a guy showed up saying, "I want my girl, I don't want to be on this show." He said he didn't realize this show ended with a proposal so he had to do something. He said it wasn't easy to get there, but he would have climbed the sand dunes because he and Becca are soul mates. Knock, knock. Arie answers the door to meet "Ross." Arie initially thought it was hotel management at the door. He said the he had only found out the week prior that she was on the show and then that it ends in a proposal. Ross said, "That's my proposal to give her." He said that she's been the only thing on his mind for the past year. Arie asked Ross if he's sure Becca could feel the same way, and Ross didn't know. Arie said that they are pretty far down the road and revealed that they told each other that they love each other. Ross said that he's got seven years invested and he understands where Arie is coming from. Arie said he can't speak for Becca but that if she says no, he wants Ross to respect their relationship moving forward. Arie was really upset.

Ross rode in a car over to Becca's hotel and knocked on the door with a bouquet of flowers. Becca was stunned. She started off by saying, "What are you doing here?" Ross said, "I came to get you back." To which Becca said, "No." She wouldn't even invite Ross into her room. They sat on the steps outside and Becca told him that she knew he would do this. Ross told Becca how he's been thinking about her for the past year, and how he wanted her to go live her life, but it always comes back to her. He said that he wants to win her heart back and that he wants her to know that nothing will stop him from getting to her and loving her. Ross said that he wants to marry her. Becca said that he lives his life in the movies like "The Notebook." He said he does. Ross revealed that of course Arie will pick her because of how amazing she is, but Ross felt like they would always work out. Anyone else starting to root for Ross? He told Becca that he talked to Arie. Becca was horrified. She told Ross that he doesn't even know her anymore, and she didn't know him towards the end of their relationship and it wasn't healthy. Becca feels their relationship ended for a reason. Ross abruptly said, "I wish you guys the best," and he walked away.

Becca went to Arie's room and he asked her if she was ok and said he was worried about her. Becca apologized and said that she was shocked and angry by Ross' arrival. Arie said he doesn't know everything that happened during their seven-year relationship and wondered why Ross felt him showing up could work. Arie feels a bit insecure about the depth of that relationship. He's worried that Ross will show up again. He's worried there's still some love there. Arie said he just wants some time to think by himself.

Cue Chris Harrison, Arie needs him more than ever to make sense of everything. Chris took him through each of the dates and I think that really helped Arie compare his feelings. Once they finished their talk, Arie walked out to the remaining three women and again decided to pull Kendall aside. He told her that he had a lot of fun with her and they had an amazing night together. Unfortunately, when left alone with his thoughts Arie decided that they "couldn't get there." Kendall told Arie that she really cares a lot about him and her feelings of "falling" were real. Kendall made that breakup very easy for Arie. He felt bad about it, but it seemed like he felt worse last week with Tia. That's kind of surprising. Arie offered Becca and Lauren the last two roses, which they both accepted.

Next week is the big finale! It's a two-night event on Monday and Tuesday.
Report a correction or typo
Related topics:
arts & entertainmentabcbachelorthe bachelorarie luyendyk jr.cominguproseschris harrison
Copyright © 2021 WLS-TV. All Rights Reserved.
COMINGUPROSES 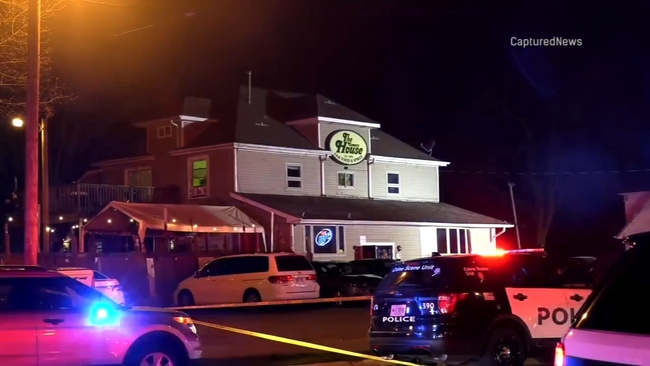