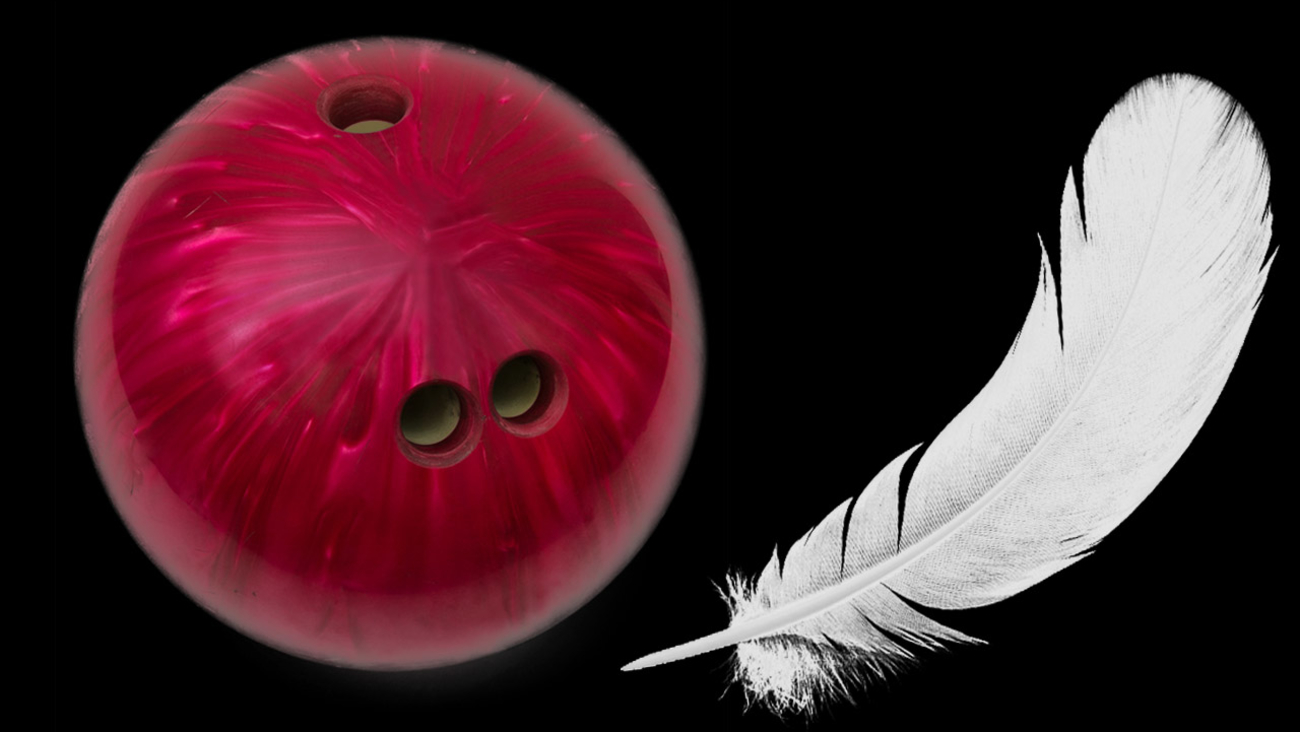 Which will hit the ground first when you drop them together from the same height: a bowling ball, or a feather? Now suck out all the air in the room, and turn on a high-speed camera and watch the astonishing result below.

BBC's Brian Cox brought the old high school experiment to NASA's Space Power Facility, used to test spacecraft in a giant vacuum chamber meant to resemble the conditions of outer space. By removing all the air out of the room, we'd finally be able to see how gravitation truly effects objects without any interference.

The video takes Galileo's famous experiment to a new level, where both heavy and light objects are dropped at the same time to see which will hit the ground faster. Spoiler: the answer is that they will all fall at the exact same rate. Though some objects, like feathers, seem to fall slower because of air resistance. In order to see the true nature of gravity effecting the feathers, you need to remove all the air in the room.

By employing high-speed cameras to capture every fraction of a second, there is no denying the result.

After the chamber is made into a complete vacuum, the bowling ball and feathers are released, falling gracefully to the ground with neither accelerating father than the other. The objects both stay in unison as they descend more than 30 feet, smashing into the wooden crate below at the exact same time, all in beautiful slow-motion.

The findings produced by the original experiments made by Galileo and Sir Isaac Newton lead to the theory of gravitation, though also became the foundation of Albert Einstein's theory of relativity.

In explaining Einstein's theory, Cox said, "The reason the bowling ball and the feather fall together is because they're not falling. They are standing still. There is no force acting on them at all."

"(Einstein) reasoned that if you couldn't see the background, there would be no of knowing that the ball and the feathers were accelerating toward the Earth."

Now try wrapping your head around that.

What two objects should they drop together next? Let us know in the comments below.