In the latest shooting, four men were shot near the King Drive CTA Green Line station at about 11 p.m. Monday night. All four men are expected to be OK.

Davantae Jackson, 15, was among the seven people shot and killed. The teen was supposed to be starting high school Tuesday. Instead, his family is making funeral plans.

Family members said Davantae was lured outside early Sunday morning by someone he thought was a friend who then opened fire, shooting and killing him just steps away from his own home.

The shootings occurred as Chicago police increased patrols during the holiday weekend.

Mayor Lori Lightfoot lashed out against Texas Senator Ted Cruz after his tweet about violence in Chicago over Labor Day weekend.

Mayor Lightfoot fired back, tweeting "60% of illegal firearms recovered in Chicago come from outside Illinois-mostly from states dominated by coward Republicans like you who refuse to enact commonsense gun legislation. Keep our name out of your mouth. "

60% of illegal firearms recovered in Chicago come from outside IL—mostly from states dominated by coward Republicans like you who refuse to enact commonsense gun legislation. Keep our name out of your mouth. https://t.co/yVM4JHL3xy pic.twitter.com/pr613A3dpf

About 20 minutes after Jackson was shot and killed, a man was killed and a woman wounded in a shooting at a party in Woodlawn on the South Side.

They were gathered about 2:45 a.m. inside of a residence in the 6100-block of South St. Lawrence Avenue when someone at the party opened fire, police said.

A 27-year-old man suffered numerous gunshot wounds to the body and was taken to the University of Chicago Medical Center where he was pronounced dead, police said.

The medical examiner's office has yet to release the man's identity or details on his death.

The woman, 34, was hit in the foot and took herself to St. Bernard hospital where she is listed in good condition, police said.

About an hour later, a drive-by claimed the life of one man and wounded another in Archer Heights on the Southwest Side.

They were traveling in a vehicle about 3:54 a.m. in the 5100-block of South Pulaski Road when someone fired shots from a passing vehicle, police said.

A man suffered multiple gunshot wounds to the body and was pronounced dead on the scene, police said.

The medical examiner's office hasn't released details on the death.

The other man, 38, was hit in the chest, abdomen, hand and was able to take himself to Mount Sinai Hospital where he is in serious condition, police said.

On Saturday, two men were killed and three more people were wounded after someone unleashed gunfire at a group of people in Englewood on the South Side.

They were on the front porch of a home about 5:51 p.m. in the 7100-block of South Paulina Street when they heard gunfire, Chicago police said.

Three others, a woman and two men, were also wounded in the shooting.

Witnesses told police they did not see who fired the shots, but one told investigators a dark-colored vehicle drove off from the scene, police said.

On Saturday morning, a man was killed and another wounded in a double shooting in Humboldt Park on the West Side.

About 4:43 a.m., they were in the 3200-block of West Le Moyne Street when someone in a vehicle unleashed gunfire, Chicago police said.

Angel Perez, 18, was struck in the chest and taken to Stroger Hospital where he was pronounced dead, police and the Cook County medical examiner's office said. He lived in Logan Square.

The other man, 23, was hit in the buttocks and taken to Norwegian American Hospital in serious condition, authorities said.

In the weekend's earliest reported homicide, a 42-year-old man was killed in a shooting in South Chicago.

Willie Coker was outside with a group of people about 12:22 a.m. in the 8700-block of South Burley Avenue when shots rang out from an unknown direction, police and the medical examiner's office said.

Officers responded to a ShotSpotter alert and found the man unresponsive with multiple gunshot wounds to the chest, police said. He was pronounced dead at the University of Chicago Medical Center. 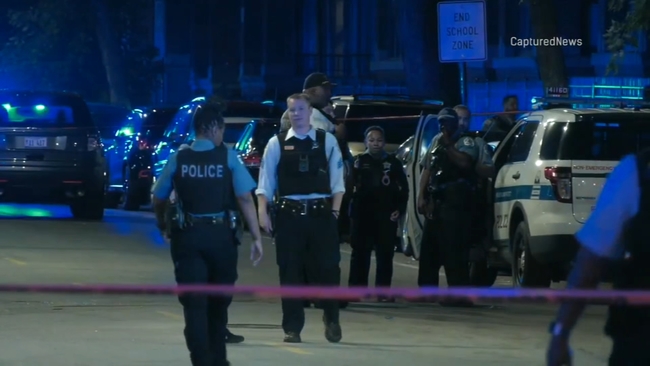 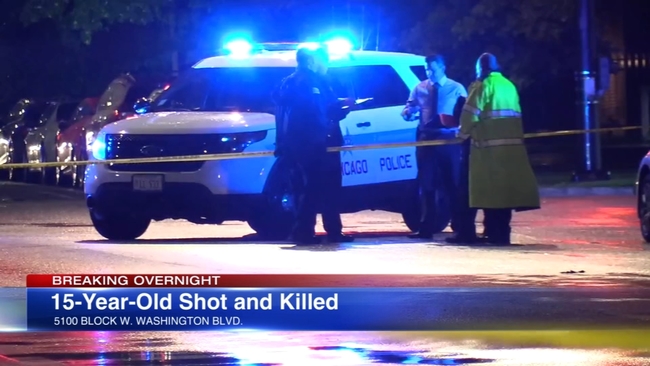