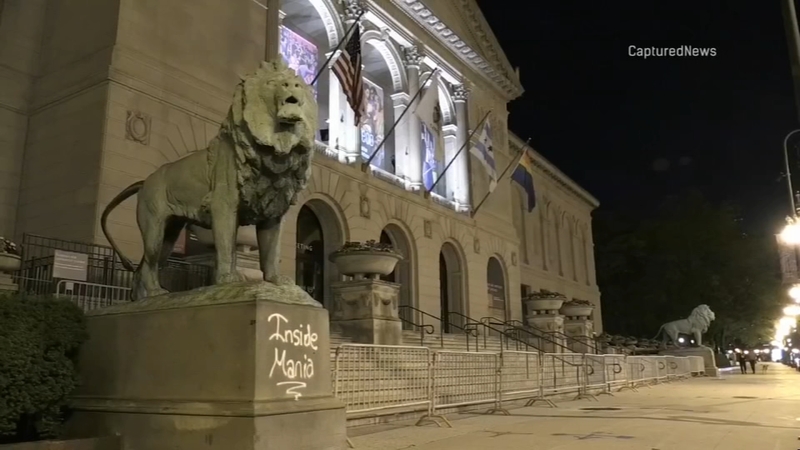 CHICAGO (WLS) -- An Indiana woman has been charged with a misdemeanor after Chicago police said one of the lions in front of the Art Institute of Chicago was vandalized with spray paint Thursday night.

Police said the incident occurred at about 10:41 p.m. in the 100-block of South Michigan Avenue.

A woman was seen tagging the statue and was taken into custody on signed complaints from a security guard at the Art Institute, police said.

The base of one of the iconic statues was spray painted with the message "inside mania."

Police said Elizabeth Macias, 19, has been charged with misdemeanor criminal damage to property and also been cited for damage to public property.

Three cans of spray paint were recovered from the scene, police said. The incident remains under investigation.

The incident is not the first time one of the statues has been vandalized. Last April, a face mask that had been put on one of the Lion statues was cut off less than a day after it had gone up.
EMBED More News Videos

A face mask that was put on one of the iconic lion statues outside the Art Institute of Chicago was stolen by a pair of thieves Thursday night.