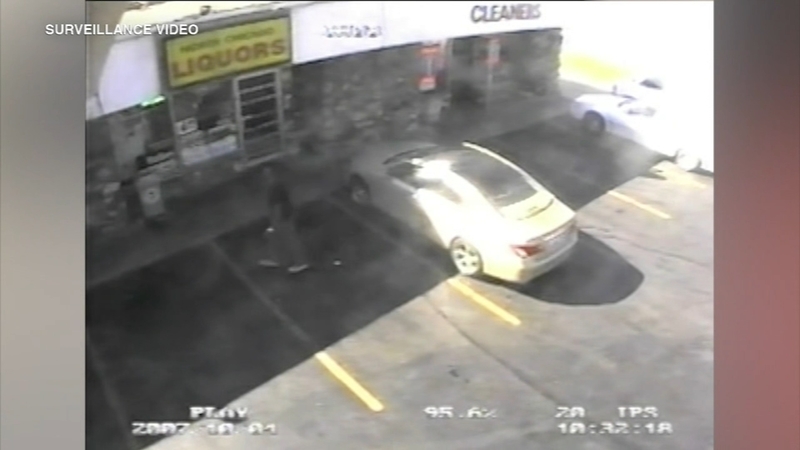 CHICAGO (WLS) -- Lawyers for the woman convicted of murdering the pregnant girlfriend of Bears player Shaun Gayle say the investigation into the murder of Rhoni Reuter should be reopened.

Marni Yang's lawyers' latest call hinges on video from a parking lot security camera outside Leroy's Barbershop. The video shows Gayle arriving for a haircut at 10:30 a.m. on the morning of Reuter's murder. The video is from October 2007. Retuer was killed in her Deerfield apartment just before 8 a.m. that day.

Investigator Steve LaPino said the video points to inconsistencies in Gayle's timeline of events, which Yang's defense team is investigating.

Leroy's Barbershop is now under new ownership, and former employees did not respond to request for comment. The attorney who represented Gayle at the time of Reuter's murder also declined to comment. Gayle now lives in London, where he works as a football analyst.

Gayle played 11 seasons with the Bears, including the 1985 Super Bowl championship season.

Reuter and Gayle dated off and on for several years. She was pregnant with their first child when she was killed. Investigators secretly recorded Marni Yang, who was also a former girlfriend of Gayle's, confessing to a friend that she killed Reuter. Her attorney said that confession was to try to protect her son, who police were also investigating for the murder.

Yang has already served nine years in prison after receiving two life sentences for the killings. Her attorneys are now arguing for a new trial, and are asking the state to reopen the investigation into Reuter's murder.