The teens apparently posted flyers and videos to social media about the party, authorities say
By Dani Travis, WJHG 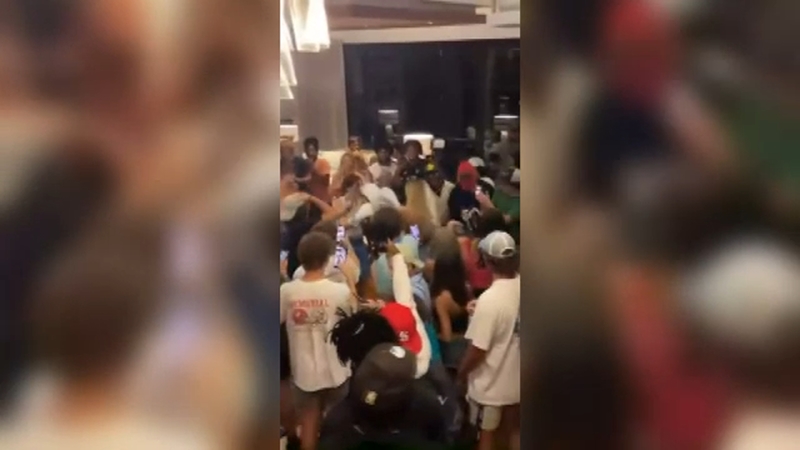 SOUTH WALTON, Fla. -- The owners of an $8 million Florida vacation home are picking up the pieces after an illegal house party.

Over the weekend, hundreds of teenagers broke in and staged a house party while the owners were away.

In the quiet but touristy area of South Walton, Florida, some might never expect illegal activity to happen.

"Late Friday night, early Saturday morning, deputies were called out to Blackwater Street in Watercolor about a loud house party. When they got there, there was about 200 kids," said Corey Dobridnia with the Walton County Sheriff's Office.

An illegal open-house party the owners didn't know was happening while they were out of town.

To make matters worse, the house was also up for sale.

According to Zillow, the house is listed for almost $8 million. The owners of the house did not want to go on camera, but told WJHG that aside from the damage and items stolen, it's a complete violation of privacy that you can't put a price on.

The owners said they left town Wednesday with plans to return Sunday.

However, Dobridnia said the party had been advertised on social media since Monday.

"This had been advertised for an entire week, so that will be part of our process is figuring out how they knew the house would be empty and where that information came from," Dobridnia said. "At the end of the day, they knew they didn't have permission to be there and the house was broken into."

The sheriff's office has gathered information through flyers and videos posted on social media.

"We just need to give some peace back to the family, and figure out what happened and where this information came from. I would encourage the kids who were there to come forward now," Dobridnia said.

Authorities said they are prepared to subpoena Snapchat communications if necessary.