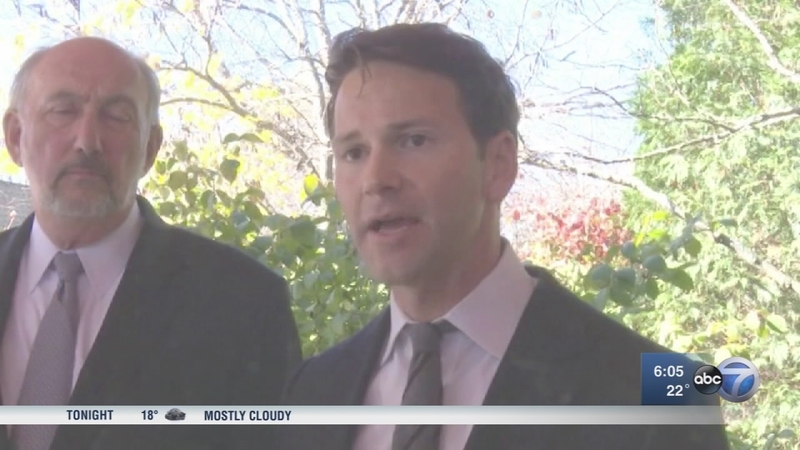 CHICAGO (WLS) -- Prosecutors have filed for a gag order against ex-congressman Aaron Schock in Springfield federal court. But as Schock and his lawyers prepare for Monday's arraignment on corruption charges, they are first firing a free-speech shot charging that the government is illegally attempting to muzzle them from talking in public.

Two years ago, from his Capitol Hill office, Congressman Aaron Schock, 35, was celebrating the First Noel. Now, he is fighting for the First Amendment.

He was indicted on 24 corruption counts last month after a lengthy investigation.

"After the government realized there was no crime, they chose to spend the next 19 months, using two grand juries and millions of taxpayer dollars in an attempt to manufacture a crime," he said.

Now the government has filed a motion for a gag order claiming the judge should "restrict extrajudicial statements that pose a serious and imminent threat to the fairness of a judicial proceeding."

The request for a gag order was aimed not only at Schock, but his attorneys, who said the government made up the case:

"Those charges are the culmination of an effort to find something, anything, to pull down Aaron Schock," George Terwilliger, Schock's attorney, said.

Schock will be arraigned Monday in Springfield on charges he misused government and campaign money, underwriting a lavish lifestyle including the now infamous redecoration of his Washington office to look like the "Downton Abbey" television show.

Schock's argument against the gag order, twice as long as the request itself, observes that "after months of lobbing outrageous accusations...the government comes before this court asking for a gag order to silence Mr. Schock and his attorneys." They call it an "invasion of core, constitutionally-protected speech."

Targeting a former congressman who once thrived on self-generated publicity, social media depicting his world travels and encounters with the rich, the famous and both.