US soldier from Aurora killed by roadside bomb in Afghanistan, city says 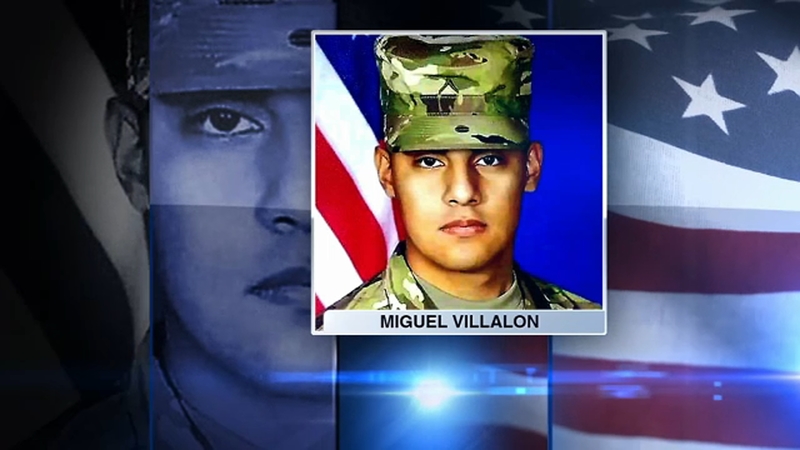 US soldier from Aurora killed by roadside bomb in Afghanistan, city says

AURORA, Ill. (WLS) -- A U.S. soldier from Aurora was one of the two U.S. service members killed by a roadside bomb while serving in Afghanistan, city officials said.

The City of Aurora announced Saturday night that 21-year-old Miguel Villalon has died.

Villalon, a graduate of East Aurora High School, was serving in Afghanistan when he was fatally struck by an improvised explosive device in Kandahar province, Aurora officials said

Two U.S. service members were killed and two others injured when their vehicle was hit by a roadside bomb in southern Afghanistan

"Our prayers and condolences are with the Villalon family during this tragic time," said Aurora Mayor Richard C. Irvin, a veteran of the United States Army. "Miguel was a young soldier with dreams for the future and a desire to make a difference in the world today. Much like all of us who have left from our hometown of Aurora to serve our country, our goal is to do our job well and return to our family and friends. Sadly, Miguel made the ultimate sacrifice as he protected our freedom from the front lines."

The U.S. military did not identify the service members killed, in keeping with Defense Department rules.

More than 2,400 U.S. service members have been killed in Afghanistan.