History was made on Wednesday when the Kentucky Wild Health Genomes drafted Alexis Hopkins
CNNWire
By Jack Bantock, CNN 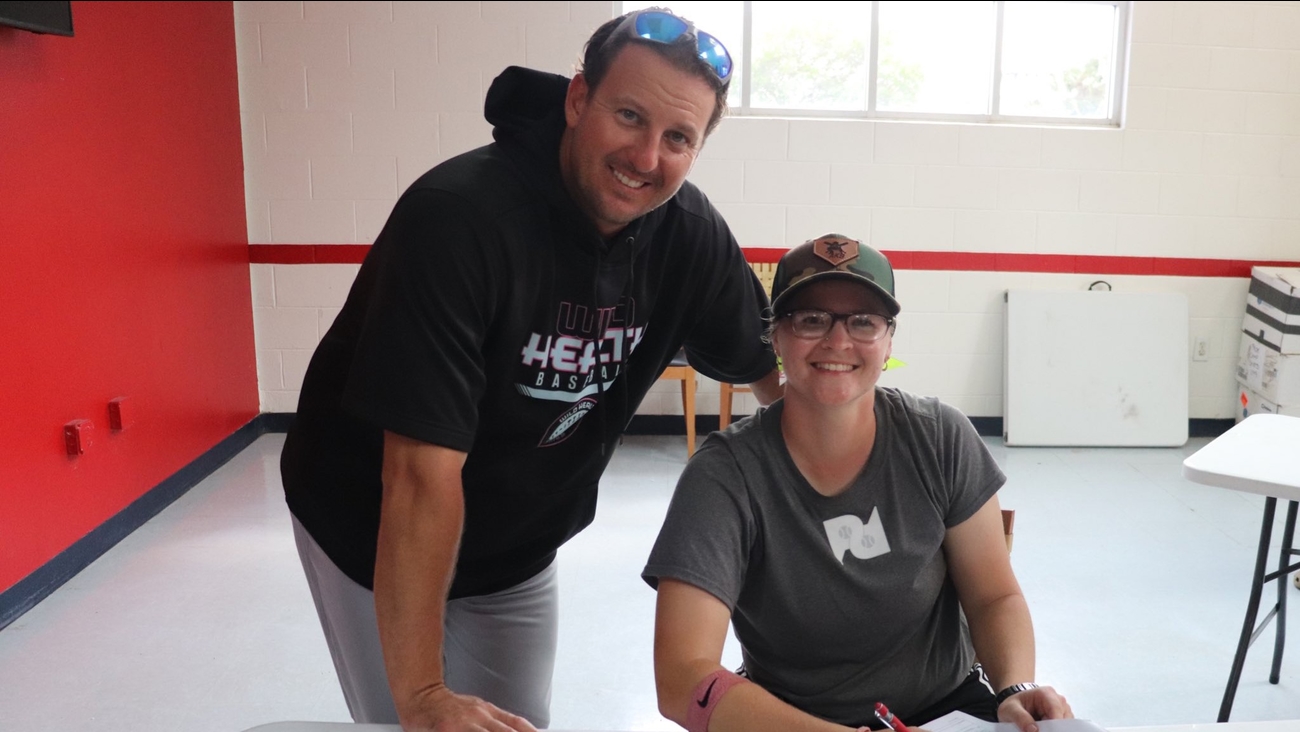 Alexis 'Scrappy' Hopkins became the first woman to be drafted by a professional baseball team. She signed with the Kentucky Wild Health Genomes. (From WH Genomes/Twitter)

History was made on Wednesday when the Kentucky Wild Health Genomes drafted Alexis Hopkins, the first woman ever drafted by an American professional baseball team for an on-field role, according to the Atlantic League and MLB.com.

A catcher nicknamed "Scrappy" for her on-field work-rate, as per a Northwest Florida Daily News interview in 2015, Hopkins was drafted as the eighth pick in the annual Atlantic League draft.

Founded in 1998, the Atlantic League is on the highest level of professional baseball excluding Major League Baseball (MLB) and is an official MLB partner league based in the US' Southeast region, CNN reported.

Over 40% of the league's players have MLB experience, and each year, the league averages over 50 player contract sales to MLB organizations, according to the league's website.

The Genomes -- for whom Lindsay Gardner serves as a hitting consultant -- said in an Instagram post that multiple women in the clubhouse would help the team to "continue changing the face of professional baseball."

"We are extremely excited to give Scrappy an opportunity to play in Lexington and to be the first female in the Atlantic League," said Genomes manager Mark Minicozzi, according to Kentucky-based NBC affiliate LEX 18.

"We're excited to see her start her journey into professional baseball," Minicozzi added.

Asked during college to write down a dream, Hopkins had shirked listing professional baseball as a realistic target.

"I'm really excited about this," Hopkins said in a video tweeted by the Atlantic League.

Alexis “Scrappy” Hopkins is the best story in sports! The first female in professional baseball history to be drafted, and sign a contract for an on-field position. pic.twitter.com/jpM1DPvTCu

"I was going to put down professional baseball player, but I actually didn't because I was like 'That's never gonna happen,' but I guess here we are today making a dream come alive."

The Genomes are slated to play their first home match of the season against the team they share Wild Health Field with, the Lexington Legends, on July 4.