WLS
By Evelyn Holmes
CHICAGO (WLS) -- With a bullet still lodged in her chest, 18-year-old Selene Garcia spoke publicly for the first time Thursday, a month and a half after a traffic altercation with a City of Chicago dispatcher that escalated to violence.

"I can't see my kids, and that's what hurts the most," Garcia said.

From the hospital bed she's been confined to, Garcia said she wants justice, and so does her husband. In Spanish, Angel Perdomo, Garcia's husband, said he is concerned that his wife is not home with her family.

Garcia's family filed a civil lawsuit against OEMC dispatcher Keli McGrath, the woman charged with aggravated battery after allegedly shooting Garcia during a traffic altercation and traumatizing Garcia's 12-year-old brother, who was in the car with Garcia's two small children.

"He wakes up in the middle of the night with nightmares, he's unable to sleep and she's very concerned about his well-being," Selene Gonzalez, Garcia's mother, said through a translator.

The lawsuit filed seeks $50,000 in damages. It alleges that 46-year-old McGrath committed an act of road rage when she operated her vehicle negligently before assaulting Garcia and falsely imprisoning her, causing emotional distress.

"McGrath flipped her middle finger to Selene, then she called her a 'flipping Mexican,'" said Arturo Jauregui, the family's attorney.

The altercation started on July 19 when, while stopped at a traffic light at the intersection of 35th Street and Ashland Avenue, Garcia threw a cup of soda through McGrath's car window, hitting her.

When Garcia pulled into a nearby alley, McGrath followed her while pulling out her phone to call police. That's when Garcia got out of her car to argue with McGrath, but when Garcia eventually tried to drive away, McGrath stood in front of her vehicle to keep her from leaving.

Angered, Garcia got out of her car, grabbed McGrath's hair, and shoved her to the ground.

That's when McGrath allegedly shot Garcia as her two children, a 2-year-old daughter and a 3-month-old son and Garcia's 12-year-old brother, remained in the car.

McGrath is licensed to own the gun, and also has a concealed carry permit.

Although he could not be reached for comment Thursday, McGrath's attorney had said his client had no choice but to defend herself once Garcia grabbed her hair and shoved her to the ground.
Report a correction or typo
Related topics:
chicagomckinley parkscottsdalechicago shootingchicago violencechicago police departmentroad rage
Copyright © 2021 WLS-TV. All Rights Reserved.
RELATED 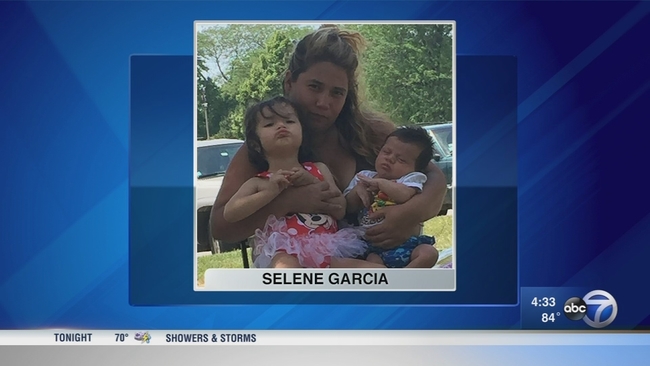 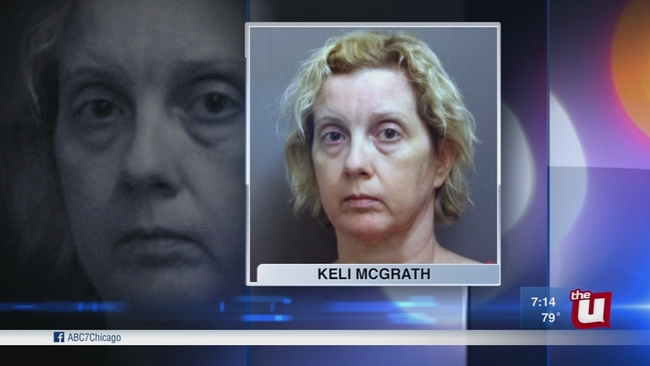 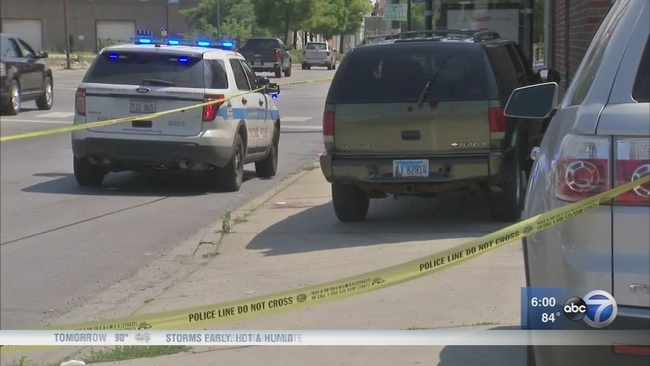