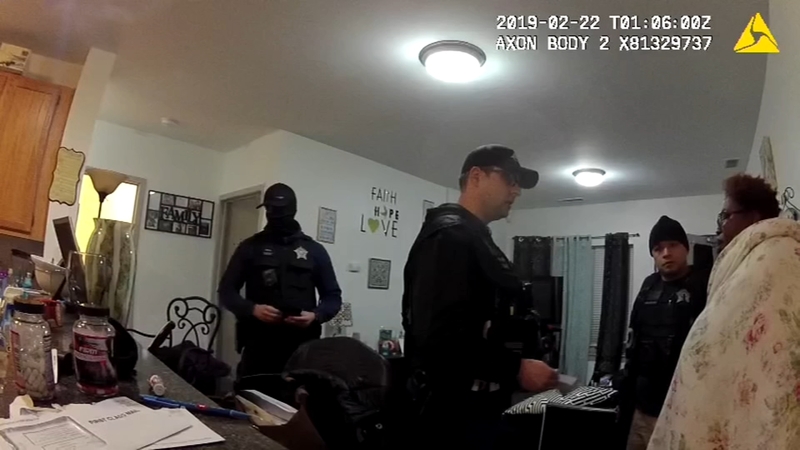 CHICAGO (WLS) -- Anjanette Young's nightmare may soon change the way search warrants are planned and executed in the City of Chicago.

"They had information they thought was valid. And OK, I get that. But once they get on the other side of the door, it matters how they treat what they find," Young said.

It's been two years since Chicago Police mistakenly raided Young's apartment. Officers left her standing, naked and crying for over 40 minutes.

An ordinance named after the Chicago social worker was introduced into Chicago City Council Wednesday.

"So when they found me, with no clothes on, it meant this ordinance would at least hold them accountable for how they treat me in that moment," Young said.

According to the University of Chicago's Craig Futterman, the mistake is not unusual. He authored the ordinance after reviewing three years of Chicago data.

"Nearly half of the raids resulted in nothing," Futterman said. "So many of the raids involved targeting innocent folks, going into the wrong homes because officers didn't even do basic, just corroboration."

Introduced by five Black female aldermen of the Chicago Progressive Reform Caucus, the proposed ordinance makes the superintendent or his designee directly responsible for signing off on every search warrant. That warrant must include a detailed plan which protects children and other vulnerable people inside the home.
Warrants must be executed between 9 a.m. and 7 p.m., and residents must be allowed at least 30 seconds to come to the door. Body cameras must be worn and activated by all officers present, and if nothing is recovered, the warrant is automatically referred to COPA for investigation.

"We expect planning. We expect thoughtfulness. And we expect that thoughtfulness to be upheld as part of the policy, practice and culture of the Chicago Police department going forward," 49th Ward Ald. Maria Hadden said.

The proposed ordinance goes much further than an executive order already signed by Mayor Lightfoot.