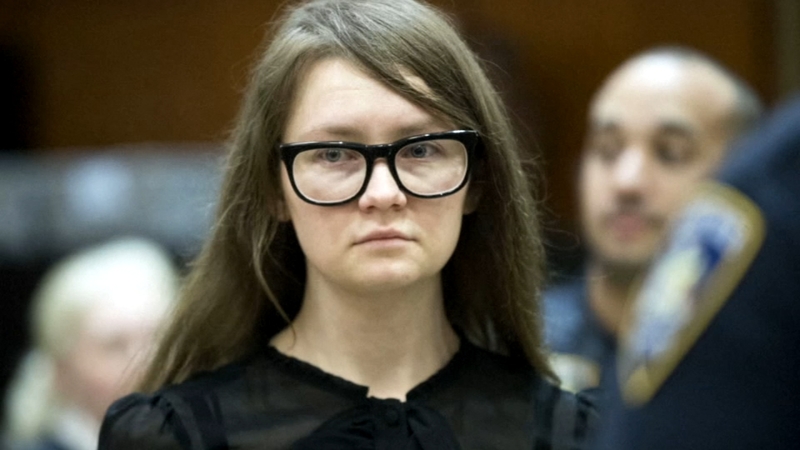 NEW YORK -- Anna "Delvey" Sorokin is expected to be deported back to Germany, a source familiar with the situation confirmed to ABC News.

Sorokin's story is depicted in the Netflix show, "Inventing Anna."

Sorokin was convicted in May 2019 on eight counts, including grand larceny, after pretending to be a fake German heiress and scamming wealthy New Yorkers out of hundreds of thousands of dollars. Prosecutors argued she never had any family wealth, and that she is originally from Russia.

Anna Sorokin, who spent nearly four years behind bars after being accused of posing as a German heiress, tells her side of the story on "Good Morning America."

She served just under four years in prison and has since been in U.S. Immigration and Customs Enforcement custody, awaiting deportation, according to a lawsuit she filed against ICE.

She claims the poor treatment in ICE facilities gave her COVID-19 and that she was not allowed to receive a COVID booster shot.

Prosecutors alleged she told people she was sitting on a $67 million trust fund, but stole $275,000 from New York banks.

"Rumors are swirling today, and I hadn't heard from her this afternoon, which is our normal practice," Manny Arora an attorney representing Sorokin told ABC News Monday night.

Sorokin has long denied claiming she was a heiress, telling ABC's Deborah Roberts in an interview she "always knew" she could not afford a lavish lifestyle.

"I would like to show the world that I'm not this dumb, greedy person that they portrayed me to be."