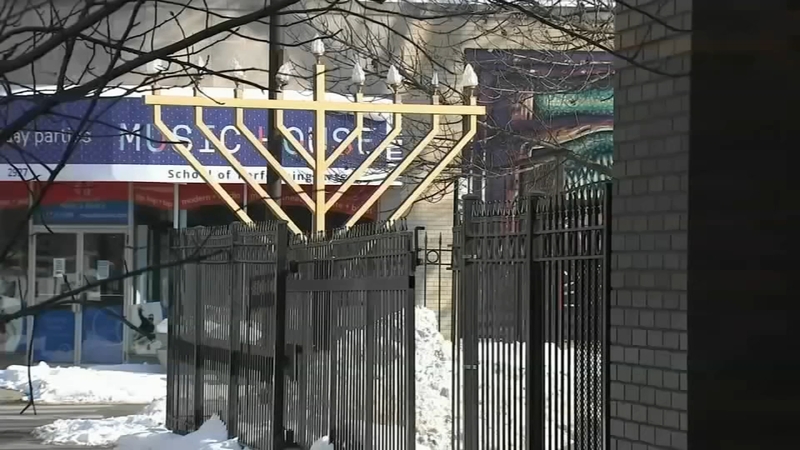 CHICAGO (WLS) -- Anti-Semitic incidents reached a staggering high in 2021, according to a new report by the Anti-Defamation League.

Nationwide, the organization tracked more than 2,700 anti-Semitic incidents last year, up from more than 2,000 in 2020. That's the highest number on record since the ADL began tracking incidents in 1979.


"Jews are living in a world right now where they feel very threatened. And I think as this data shows, they actually are under threat," said Anti -Defamation League Midwest Regional Director David Goldenberg.

The anti-Semitic incidents include harassment, vandalism and assault.

Illinois had 53 incidents last year, up from 46 in 2020, according to the report. And so far this year vandals have targeted several Jewish institutions in Chicago.

Goldenberg said there are many factors behind the rise in attacks on the Jewish community across the country.

"When you take the spread of lies and misinformation on social media, when you take the loss of civic discourse, and we look at rising ignorance, I think that's a really dangerous cocktail," he said

Lee Zoldan is the president of the Chicago Loop Synagogue. When vandals struck there five years ago, she said they had to make some difficult decisions.


"We as Jews can throw open our hearts, but we can no longer throw open our doors. Those days are passed," she said.
Jewish institutions in the Chicago-area have increased their security measures over the last several years.

"We have spent money that would be unthinkable five years ago to harden ourselves as a target. We can longer take any chances," Zoldan said.

Nellie Fink is a Holocaust survivor and also a volunteer at the United States Holocaust Memorial Museum's Midwest regional office in Highland Park. She said sadly little has changed.

"People need a scapegoat and Jews have been scapegoat for very, very long time, and all different situations. And I think the ADL and other organizations do the very best that they can," Fink said.