wls
By ABC7
CHICAGO "It is very clear that he is incapable of governing. If he refuses to, and all indications are he will not resign, the legislature can move forward with impeachment proceedings," she said. "Obviously, they have been thinking about this for a while, but it will come to a head as soon as Monday if not sooner."

Madigan said if Blagojevich fails to resign and if the legislature doesn't move forward on impeachment, there is one more alternative.

"The Illinois Supreme Court does have a procedure by which I could file a complaint, ask them to determine that the governor is unable to serve, and therefore the lieutenant governor would become the acting governor," Madigan said.

Because he is still the governor, Blagojevich does have the right to place the vacant seat that the president-elect has left open. Madigan was asked whether her office would step in and disallow it. Madigan said there are a number of mechanisms to prevent him from appointing anybody.

"Nobody in their right mind would accept an appointment from this governor," she said. "It is so tainted at this point. So the legislature on Monday is scheduled to take up legislation to make sure there is a special election to fill that U.S. Senate vacancy, so it is taken out of the hands of the governor."

Madigan said ne of the wilder speculations is that of the governor thinking of appointing himself.

"If he did that, we would be able to step in legally and say there is an inherent conflict of interest. He can't appoint himself to this seat," Madigan said.

Madigan said that were there a vote in the legislature for a special election, the governor would still have to sign it.

"Then there is the potential that he would slow down and not sign it in time, but ultimately the legislature would be able to override any veto, should he choose not to sign it. You just don't know at this point with this governor what he will do," Madigan said.

Madigan said we already live in a state where people are cynical and tired of corrupt politics. She said on Tuesday many voters' worst fears were realized.

"We have got to change, right? We have to elect people who have a strong sense of morals, who have demonstrated leadership and who aren't going to engage in this type of conduct," Madigan said. "But at this point, the nation, the world as you mentioned, it's on the front page of every paper I have seen today. They are just looking at us like, 'what's the matter? Is the governor's seat in Illinois cursed? Is it like the Cubs? What is it?'"

"I think it will include law changes as well to make sure that we have some controls on raising money and controls on how we appoint and enter into contracts," she said. 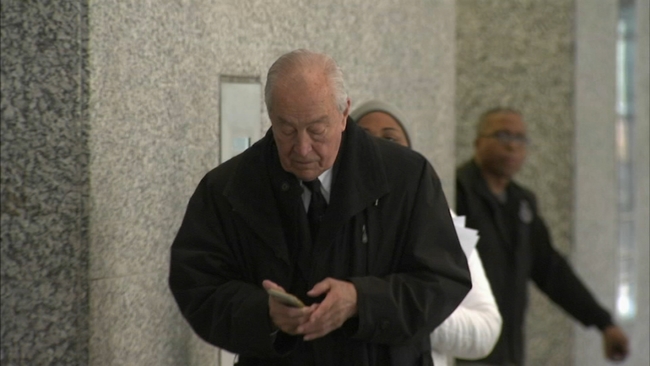