I-Team Report: The Threat Next Door

Not much has been heard from or about the Hutaree since a media splash in late March when FBI agents shut down what they called a heavily armed revolution in the making and arrested nine people.

The I-Team has learned that this 'threat next door' in Indiana and Michigan developed when Hutaree militia members became angry that a local gun dealer was facing scrutiny from the feds. Now the gun dealer and another man become the tenth and eleventh Hutaree-related arrests.

The Hutaree - which members claim means 'Christian warriors' - were arming and training for an onslaught against the government and the anti-Christ, according to their own website.

The group, based in southern lower Michigan, was planning a war against law enforcement, according to federal prosecutors, who last spring arrested nine Hutaree members, including Thomas "Pony Tail Tom" Piatek of Whiting, Indiana.

When authorities raided Piatek's home in March they found a depot of weapons and ammunition and his truck proclaimed his allegiance.

The I-Team returned to the area to speak with Piatek's brother who also lives in the house.

Steven Piatek declined to reveal what his brother wrote in that letter from a Michigan jail where he is being held without bond. But a FBI list of evidence that was removed from the Piatek home reveals authorities found 46 guns and 13,000 rounds of ammo including some capable of killing a person two miles away -- all of it legal accruing to Piatek's attorney.

The I-Team has learned that questions about guns have led to two more Hutaree-related arrests: 63-year-old John Maurice Stephenson, once convicted in a murder case, and 52-year-old Walter Priest, a gun store owner from Adrian, Michigan.

Priest, who owns Gun Outfitters, was charged in April with allegedly selling a rifle that had the serial number etched off a Remington arms-700.

The past two years Hutaree members were said to be furious about what they believed to be excessive inspections of Priest, a duly-licensed gun dealer, by the federal ATF agency. And now the I-Team has learned why that may have sparked the Hutaree's plot against the government.

In this new court filing, prosecutors say Priest admits being an acquaintance of militia leader David Stone - aka Captain Hutaree - and that Priest gave a "10 percent discount" on gun purchases "to all Hutaree members."

The second Hutaree-related arrest: John Stephenson, near Hillsdale, Michigan. According to a FBI affidavit, Stephenson made violent threats against President Obama and proclaimed his allegiance to the Hutaree militia.

"Loves to tell them how wrong the government is and how they can get out of paying taxes and things like that. That's why I stay away from him, because I don't like what he says. I don't like the guy and I don't want to be around him," said Bert Rigney, Stephenson neighbor.

Stephenson was arrested in June at his home, where federal agents say they found nearly 2,500 rounds of ammo and body armor which is Illegal because he is a convicted felon, for his role in the 1994 murder of a rival militiaman.

"We avoid talking to him because you can't get away from him. He's just rattles on," said Alice Stuchell, Stephenson neighbor. What does he rattle on about? "The government mostly, politics and doesn't make sense, you see these helicopters going over all the time that's because they're watching me."

Stephenson is now undergoing a court-ordered mental exam and while some investigators have questioned whether he was actually a Hutaree member, there is no doubt that his ties to Michigan militia organizations go back nearly 20 years.

The Hutaree is not alone. A recent report on hate groups shows that the number of U.S. militia groups like the Hutaree have increased from 42 in 2008 to 127 last year. 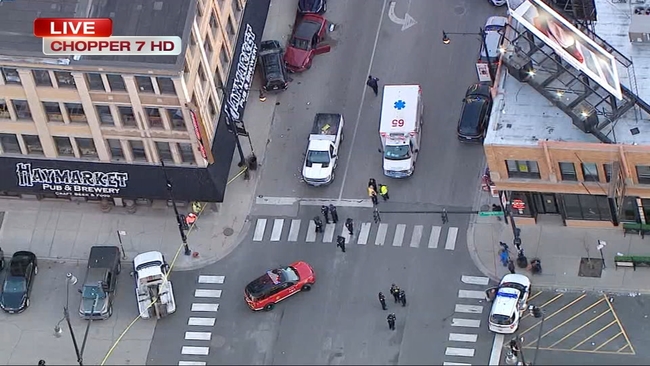