Last week, investigators announced they had exhumed the remains of eight unidentified victims of Gacy.

One man says he was a victim who got away from the notorious serial killer. Patrick Dati says it is a secret he kept until recently.

Gacy was executed more than 17 years ago for the murders of 33 young men. He was one of the most notorious serial killers in history. But despite all those he killed over about a seven-year period in the 1970s, authorities say there were many more victims who escaped.

Patrick Dati says he was one of those victims, and he has been haunted by it for decades.

Dati says it happened nearly four decades ago, but it is still fresh in his mind, and it is still hard to talk about.

"He locked the bathroom door, then he proceeded to rape me. When he was finished, he held the knife against the back of my neck and he said that if I ever said a word that he'd track me down and kill me," said Dati.

Dati says it happened in the men's room at what used to be a department store at Belmont and Central. He was about 9 years old at the time in January of 1972. Shame and guilt kept him from telling anyone about it for many years.

But, in 1979 when police arrested Gacy and police flooded the neighborhood just blocks from where he lived, Dati saw the picture on the news and knew instantly.

"As soon as Gacy's face came on the screen, I ran to their bathroom, I was throwing up and I was crying," Dati said.

Dati says there was no doubt Gacy was the man who had raped and threatened to kill him years earlier.

Sheriff Tom Dart is delving into the Gacy case, hoping to identify eight unidentified Gacy victims using DNA technology. He says Dati was too young to fit the profile of Gacy's typical victims, but with a monster like Gacy, it is certainly possible.

"Not all of his victims were killed. There were plenty of his victims that got away thankfully," said Dart. "Some of those came forward back then and gave a lot of the details. Some of them didn't know who this guy was."

Dart says most of Gacy's victims were older and he took most of them back to his home where he later buried their bodies. Dental records were all that was available to identify many of those victims. And some families never came forward because of stigmas about drugs, alcohol and homosexuality.

Dati grew up in a strict Catholic home where he was overwhelmed with shame and guilt. After Gacy's arrest it got worse.

"I started to feel the guilt that because I didn't come forward that I may have been able to save so many other kids' lives, and I didn't," said Dati.

Dati says has dealt with depression and thoughts of suicide for most of his life since he was raped. He is hoping that by sharing his story he will be able to help other young men who have been bullied or gone through traumatic experiences.

Sheriff Dart says about 70 families have come forward so far to try to learn whether any of those unidentified bodies could be a relative. 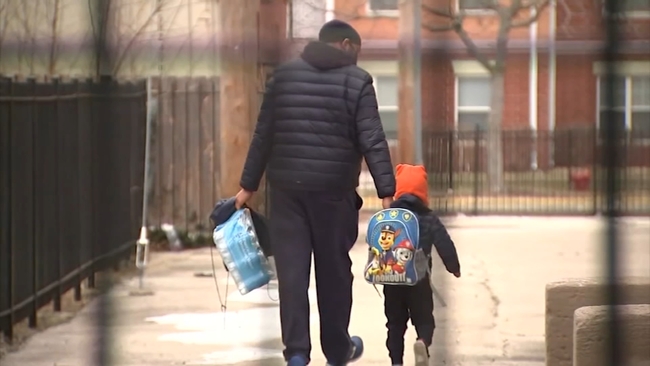