Dan Rutherford running for governor in 2014

Rutherford began his three-day state-wide tour Sunday morning, announcing his run for Governor. He has planned stops in Chicago, Springfield and his hometown of Pontiac.

Illinois State Treasurer Dan Rutherford has made it official. He wants the Republican nomination in the 2014 governor's race.

"Today I'm announcing my candidacy for the governor of Illinois," he said at a Sunday morning news conference at Harry Carey's Restaurant.

His announcement comes after lawmakers failed to solve the nearly $100 billion pension problem.

"The most important thing that needed to get done, didn't get done. And that was fairly and substantively addressing the public pension issue," Rutherford said.

The Pontiac native was elected Illinois treasurer in 2010. Before that he served as both a state representative and state senator.

Before entering politics, he was a business executive.

Supporters say Rutherford's experience in both the public and private sectors make him qualified.

He's the only Republican planning to run who's already won a statewide office.

"People are concerned about their jobs, Dan is going to come in very strong," said Republican analyst Chris Robling.

"I feel this Republican candidate can help and support our community," Barton said.

Rutherford is running for office as the Illinois GOP struggles with its own identity.

"He's been there for other republicans he gets along with the other side," said Eloise Gerson, 42nd Ward Republican Committeeman.

The 58-year old politician could face a crowded field of GOP contenders.

ABC7 political analyst Laura Washington says there will be a lot of money spent on the race for governor.

"I think the Republican Party smells blood in the Pat Quinn's weakness, so there's going to be a lot of people who want to get into this race," Washington said.

The Republicans possibly vying for their party's nomination include State Senators Kirk Dillard and Bill Brady, along with venture capitalist Bruce Rauner. 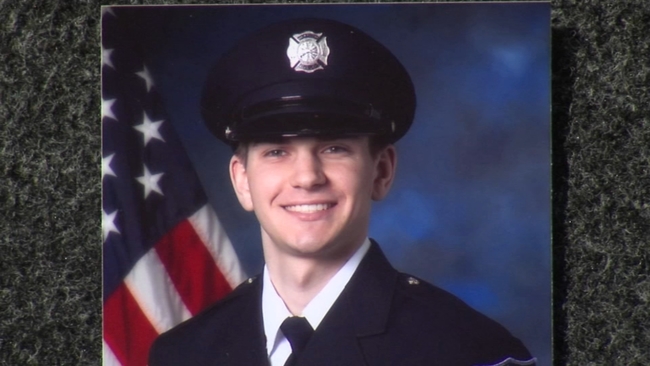