"This will probably be a historic low unless we see a last minute surge," said Robert Saar, DuPage County Election Commission.

574,000 people are registered to vote in DuPage County. Yet, according to the election commission's executive director, even with some heavily contested Republican races, for governor, house and senate, voters have so far failed to turn out at the polls.

This Naperville polling place sits in the 11th Congressional District, where four Republicans are vying to run against incumbent Bill Foster.

"Usually in gubernatorial primaries we see somewhere around a 24 to 26 percent turnout, and right now we are sitting with five hours left to go and we are about 9 percent, and that includes early voting and vote by mail," said Saar.

In Chicago, turnout has also been low. By noon Tuesday, only 30 people had shown up at this polling place on the Northwest Side.

"I'm surprised when I came. Not many people. I don't know why," said Jesus Sanchez, Chicago voter.

ABC7 Political Analyst Laura Washington says people often don't vote in primaries because they don't want to declare a party. But that's just part of it.

"There's not much happening on the top of the ticket as far as the Democrats are concerned. Also nearly half of the ballot is uncontested. There is a large number of races where there aren't any contests, so folks are saying why bother?" said Washington.

Speaking to some of those who are showing up Tuesday, the common theme was the desire for change.

"The unemployment issue is big on the horizon. They keep giving us figures. I haven't seen the results of those figures. People I know who have been looking for jobs are still looking for jobs," said Arlenne Malec, Naperville voter.

"Pension reform. The indebtedness of the state of Illinois, it's bothersome. I'm retired but I have children and grandchildren and I don't know how the state can propel itself forward to become the state it could be," said John Malec, Naperville voter. 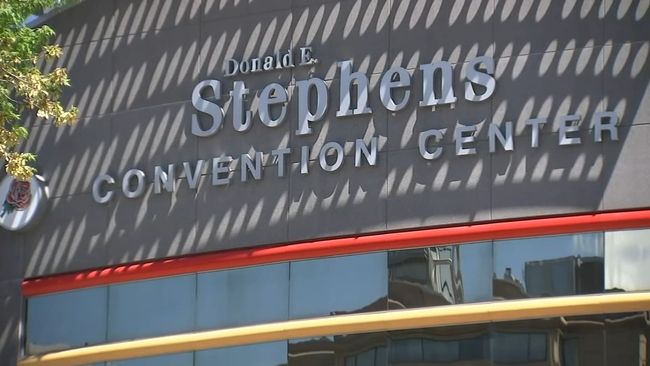