Adam Toledo shooting: Kim Foxx's office concludes attorney did not intend to give impression teen was holding gun when shot by CPD 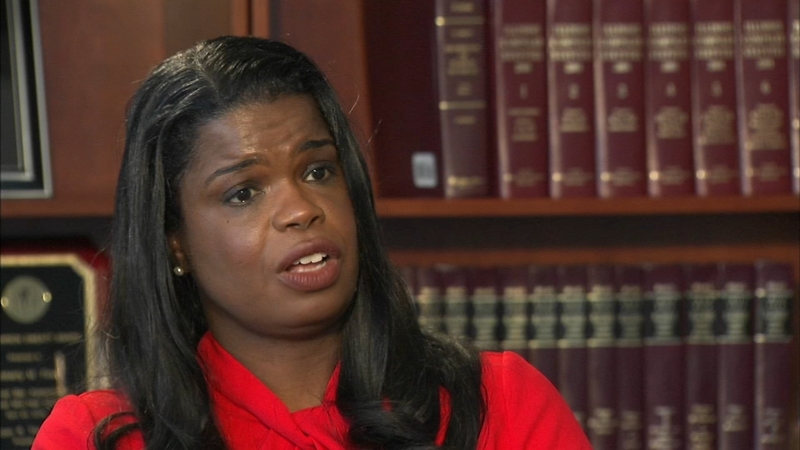 CHICAGO (WLS) -- The Cook County State's Attorney's Office concluded its internal investigation into a bond court hearing in the Adam Toledo case last month, determining a series of missteps were made.

On April 10, Ruben Roman, 21, who police said was with 13-year-old Toledo the night of his fatal Little Village shooting by a Chicago police officer, appeared in bond court.

During the hearing, prosecutor Jim Murphy described police body camera footage of the shooting, saying it showed Toledo with a gun in his right hand. In court, Murphy said when Toledo turned toward the officer, the officer shot him in the chest.

What he did not mention was that Toledo had actually dropped the gun less than a second before Officer Eric Stillman fired the fatal shot.

The court statements came days before the Civilian Office of Police Accountability released the video that did in fact show Toledo dropping the gun.

On Wednesday, Cook County State's Attorney Kim Foxx's office said its investigation into the hearing "revealed a breakdown of communication in how information was shared, which ultimately did not get elevated to State's Attorney Foxx before, nor in a timely manner following, the bond court hearing."

The office said the attorney "did not intend to give the impression that Adam Toledo was holding a gun when shot."

It went on to say, "The statements at issue in the bond proffer were not intended to describe the sequence of events leading up to the officer-involved shooting but were only intended to provide facts related to the three charges brought against the defendant, Ruben Roman."

Foxx's office did say the attorney's language was "inartful."

"The tragedy of the death of 13-year old boy has been clouded by the confusion and frustration my office has caused and for this I apologize," Foxx said in a statement. "It's not lost on me that our community is grieving and I want to assure Adam's family and the public that my office is working diligently to investigate his death."

Former prosecutors said in the post-Laquan McDonald era, Foxx should have personally overseen every detail of what is called a "heater" case: a case in which the eyes of the city and the nation are watching to see how it's handled from the beginning.

"The biggest surprise to me is that she wasn't on top of this and involved directly from the very beginning," said ABC7 Political Analyst Laura Washington. "Everyone knew this case was going to be terrible controversial. It was a terrible tragedy."

"She should have gotten all her top team or bright people together with her in her room and reviewed this tape and made decisions on what the proffer was going to be at the bail hearing for the related case and how they were going to go forward on this. Not two weeks later, pass the buck," Brady said.

Police had also initially said their officer had shot Toledo after an "armed confrontation." CPD Superintendent David Brown answered for that misinformation.

"I do not like the generic 'armed confrontation,' and I've asked my comms folks to cease and desist using that as a description of things unproven yet," Brown said. "It may prove to be an armed confrontation, but until then let's refer to things much more generically, until we know for sure."

It's not lear why the Adam Toledo case did not go up the Cook County State's Attorney's chain of command, a legal analyst said.

Critics say Foxx is throwing her subordinates under the bus.

"I have a lot of friends who are still in the office. I've never seen that office in such a shambles as right now. I mean, morale has sunk to new low. There is no leadership over there," said Brian Sexton, former Cook County Assistant State's Attorney.

The state's attorney's office outlined various action steps that will be taken in the future, including training about presenting facts in court and more checks and balances.

The attorney who made the statements in bond court has returned to his assignment and is no longer on leave.