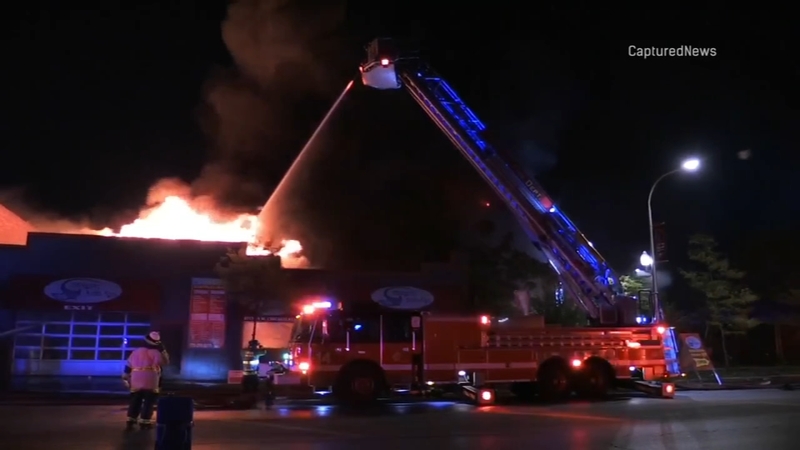 CHICAGO (WLS) -- A car wash on the city's West Side was badly damaged in an early morning fire Saturday.

It happened at the Stingray Auto Spa, in the 4700-block of West Chicago Avenue in Chicago's Austin neighborhood, about 1 a.m.

Flames were shooting through the roof when firefighters got there, and the roof had collapsed.

One bystander said the flames appeared to be at least 20 feet high.

Nobody was hurt, and the fire was put out by about 2 a.m., Chicago fire officials said in a tweet early Saturday.

Investigators are still trying to figure out how the fire started.