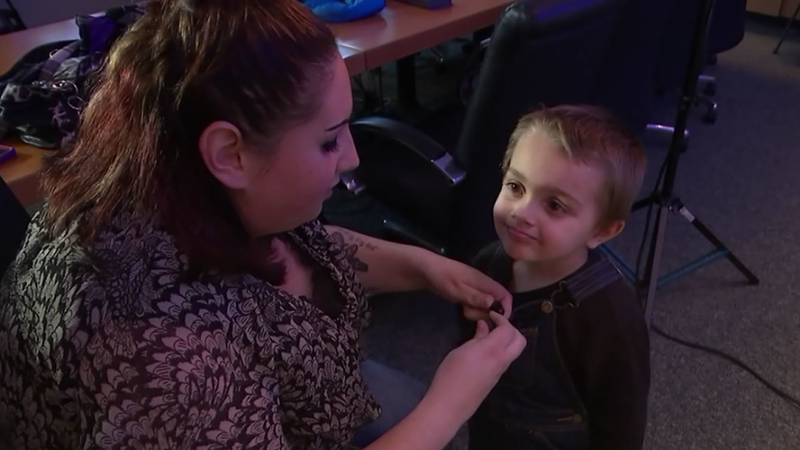 WILSON, N.C. -- Brinna Stanton has a 4-year-old son named Zachary. He was diagnosed with autism when he was two and a half years old and since then has developed a scary habit of wandering off.

"It's scary that I could just lose my child that he could just walk out and I would never see him again," said Stanton, who says she lives with that fear every day, all day.

So, when she found a GPS tracker that not only alerts her when he's on the move, but also pinpoints his exact location, she was thrilled. But then, the Wilson County school district told her the device wouldn't be allowed in school.

Zachary is in a special needs pre-k class at Jones Elementary School in Wilson.

The device includes a listening feature, which district leaders said violates the privacy of other students.

"Let's say Zachary went missing and it lost signal, I could call the listening-in number and I could listen in and hear his surroundings, whether he's near water or a busy street," said Stanton.

When she offered to turn that feature off, the school district still said no and sent us this statement:

"Wilson County Schools permits students to wear GPS devices for a variety of reasons. The concern in this case is the listening feature and that it will infringe upon the privacy of rights of other students. While the company has indicated the listening feature can be disabled on a daily basis, Wilson County Schools has no way of ensuring that this will occur and no way of holding the company accountable. And thus we have no way of ensuring that we can protect the privacy rights of our students."

Stanton is disappointed at the school's reaction and said even though she loves the principal and staff, she's not letting this go. She has another meeting scheduled with the school on Thursday.

"I don't want people to think I'm fighting the school, like I'm getting back at the school, I'm doing this not just to advocate for him but other children with special needs," said Stanton.

She said she believes in devices like this tracker and hopes that one day it can be used, not just in Zachary's school, but for all children with special needs.

"This could save my child's life and I'm disappointed and hurt."