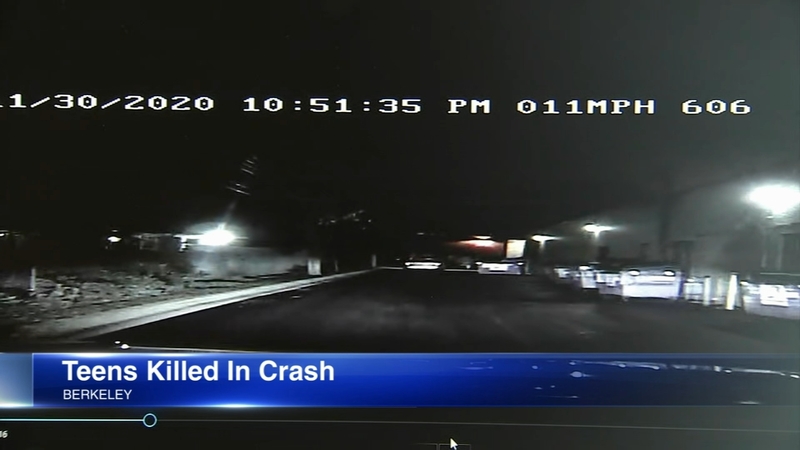 A Berkeley police officer saw a vehicle parked in an alley in the 5000-block of St. Charles Road about 11 p.m. Monday, police said in a Wednesday news release. The vehicle reportedly had its lights off and did not have visible license plates.

The officer attempted to conduct "an investigatory stop on the vehicle" when the car quickly drove away, police said.

While fleeing, police said the driver of the vehicle ignored a stop sign and collided with a passing semitrailer at the intersection of Bohlander and Taft avenues.

Police have not released any further information about the identities of the people killed and injured in the crash.

The semi-truck driver was not hurt.