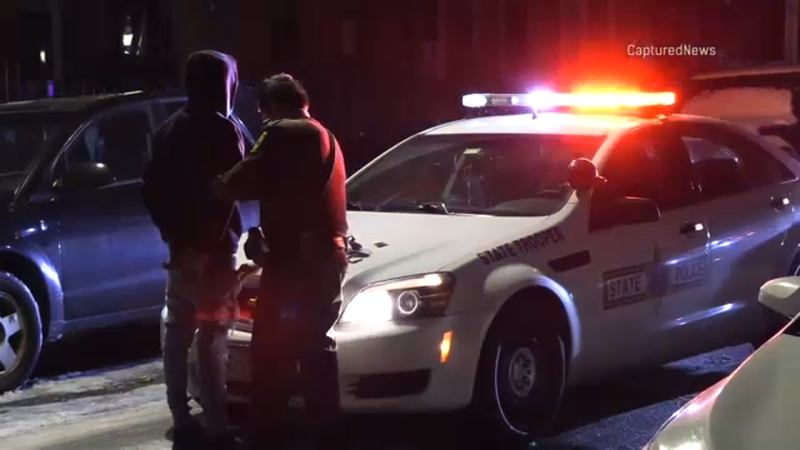 The car involved was reported stolen in a Berwyn carjacking in the 1200-block of Kenilworth Avenue just after 3:15 a.m., and police spotted it on Chicago's West Side about 4:10 a.m., according to ISP.

The victim, who had just arrived home from work, was sitting in his black 2015 Chrysler when he was approached by four to five younger male suspects, Berwyn police said. One of the individuals was reportedly armed with a black pistol and demanded the victim's car and keys.

The victim exited the vehicle, and two of the five suspects drove away in it, north on Kenilworth toward Roosevelt Road, police said.

Video shows a Lyft driver and his two passengers ducking from gunfire in Woodlawn. His lawyer says the rideshare company must do more for drivers.

After Illinois State Police spotted the car, they chased the vehicle west on the Eisenhower Expressway near Kostner Avenue until it crashed near Lexington Street and Western Avenue in Lawndale.

A juvenile was taken into custody, and a search is underway for two suspects who ran away, Illinois State Police said.

A loaded handgun was found in the car, Berwyn police said.