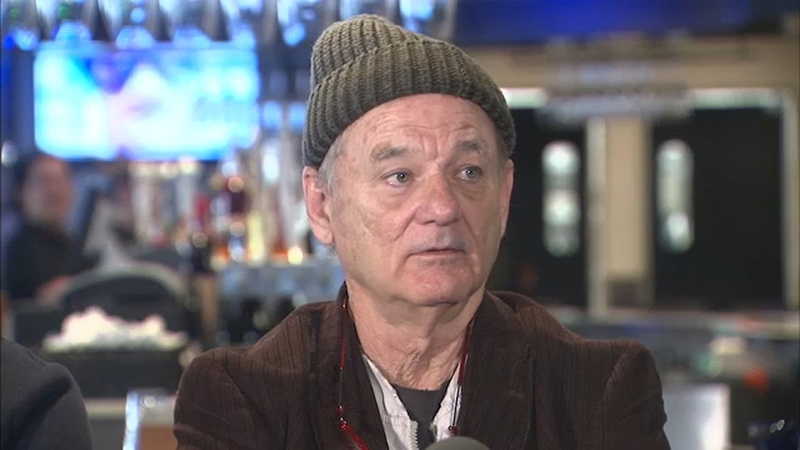 ROSEMONT (WLS) -- Movie fans lined up in Rosemont Tuesday for a heaping helping of the Murray family. Big brother Bill and the rest of the clan were on hand for the opening of a new "Caddyshack"-themed restaurant.

"I watched it again the other night just to refresh my memory," she said.

The new Rosemont location is the Murray brothers' second. The first opened in Florida 17 years ago.

For Bill Murray, who played groundskeeper Carl Spackler, it was a case of art imitating life. Growing up in Wilmette, Murray and his five brothers all worked as caddies.

"For me it was a great education. Show up, keep up and shut up. Those were the three rules," he said. "I think it's a great experience. You learn a lot about people. It is a most informative education to be a caddy."

While Bill Murray is the biggest star of the family, they've all had success and enjoy strong ties to Chicago. The restaurant's menu features lots of Chicago-style food, plus other "causal food done in an upscale fashion," explained Executive Kitchen Manager Jereme McGovern.

Like the movie, they're expecting the restaurant to be a big hit. They know the Murray name and "Caddyshack" theme will bring customers in the first time, but they said that the food will keep customers coming back.

"It's a lot about 'Caddyshack' but also about the Murray family. It's a duel brand, so to speak," said Caddyshack restaurant CEO Mac Haskell.