Birth rates in the US increased for first time since 2014: CDC finds

Prior to this report, the number of births had been decreasing by an average of 2% per year.
ABCNews
By Mary Kekatos 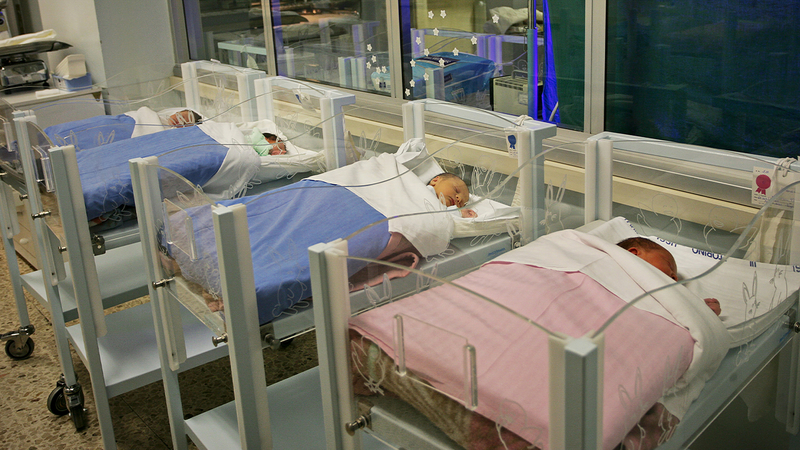 How the COVID pandemic impacted US birth rates

The number of births increased in the United States for the first time in seven years, according to a new federal report.

Provisional data published Tuesday from the Centers for Disease Control and Prevention's National Center for Health Statistics found there were 3,659,289 babies born in 2021, a 1% increase from 2020.

It also marks the first rise in births since 2014. Prior to this report, the number of births had been decreasing by an average of 2% per year.

The report did not explain why the number of births increased, but Pew Research Center polls have suggested Americans delayed having babies during the first year of the pandemic due to public health and economic uncertainty, so the rising number could be the result of a rebound.

"When it comes to changes in fertility behavior, we're limited," Dr. Brady Hamilton, from the NCHS Division of Vital Statistics and lead author of the report, told ABC News. "That's where you need a survey about what's behind the decision-making process."

This is still below what experts refer to as replacement level, the level a population needs to replace itself, which is 2,100 births per 1,000 women.

The team looked at birth rates among women aged 25 and older increased while decreasing for those aged 24 and younger.

"That sort of suggests [that] when we saw the decline in births from 2019 to 2020, probably a lot of births were postponed," Hamilton said. "People were waiting to see what happened [with the pandemic] and rates rose in older women as they may have proceeded to have that child."

Teenage births have been continuously falling since 2007 by an average of about 7% through last year.

"When you look at it across time, that's a 77% decline since 1991 and 65% decline since 2017. That's astonishing," Hamilton said. "That's certainly good news. And it will be interesting to see when we go into next year if it continues on."

Additionally, researchers also looked at births by race and found that white and Hispanic women each saw the number of births increase by about 2% from 2020 to 2021.

Meanwhile, Black and Asian women saw the number of births decline by 2.4% and 2.5%, respectively, over the same period, while American Indian/Alaskan Native women saw their numbers fall by 3.2%.

The report also examined the type of delivery and how early the babies were born.

The percentage of C-sections increased among all racial and ethnic groups, with the highest seen among Black women, from 36.3% to 36.8%.

While C-sections can lower the risk of death in women with high-risk pregnancies, they are associated with complications such as infection or blood clots, according to the Cleveland Clinic.

Premature babies are at a greater risk for problems with feeding, breathing, vision and hearing, as well as behavioral issues.

"Whenever you see an increase in preterm births, that's concerning," Joyce Martin, from the Division of Vital Statistics and co-author of the report, told ABC News. "And we saw an increase in early-term babies, and they're at greater risk than later-term babies of not surviving the first year of life."

Martin said it's not clear what's behind the rise in preterm birth rates but said mothers younger than 18 and older than 35 are more likely to have premature babies.