WLS
CHICAGO (WLS) -- One of the biggest winter storms in Chicago history this weekend is causing problems on the road, in the air and on the rails, as some parts saw more than a foot of snow by Sunday night.

Among the top 10 biggest snowstorms in Chicago history, the blizzard has caused Chicago Public Schools to cancel classes on Monday. CPS buildings will remain open and accept students who still arrive at schools. Hundreds of schools and daycares across the area have also canceled classes.

SCHOOL CLOSURES: Full list of closures
School Closings: Chicago Area Complete List
Find out if your school, business or daycare center is closed because of a weather emergency.

Weather-related power outages have been reported across the area as a result of snow weighing down power lines. As of 10 p.m., ComEd reported 8,500 customers remain without power after 50,000 outages impacted customers system-wide, a majority of them in the southern region. NIPSCO reported less than 2,000 total power outages, with many of those affected not expected to regain power until Monday. 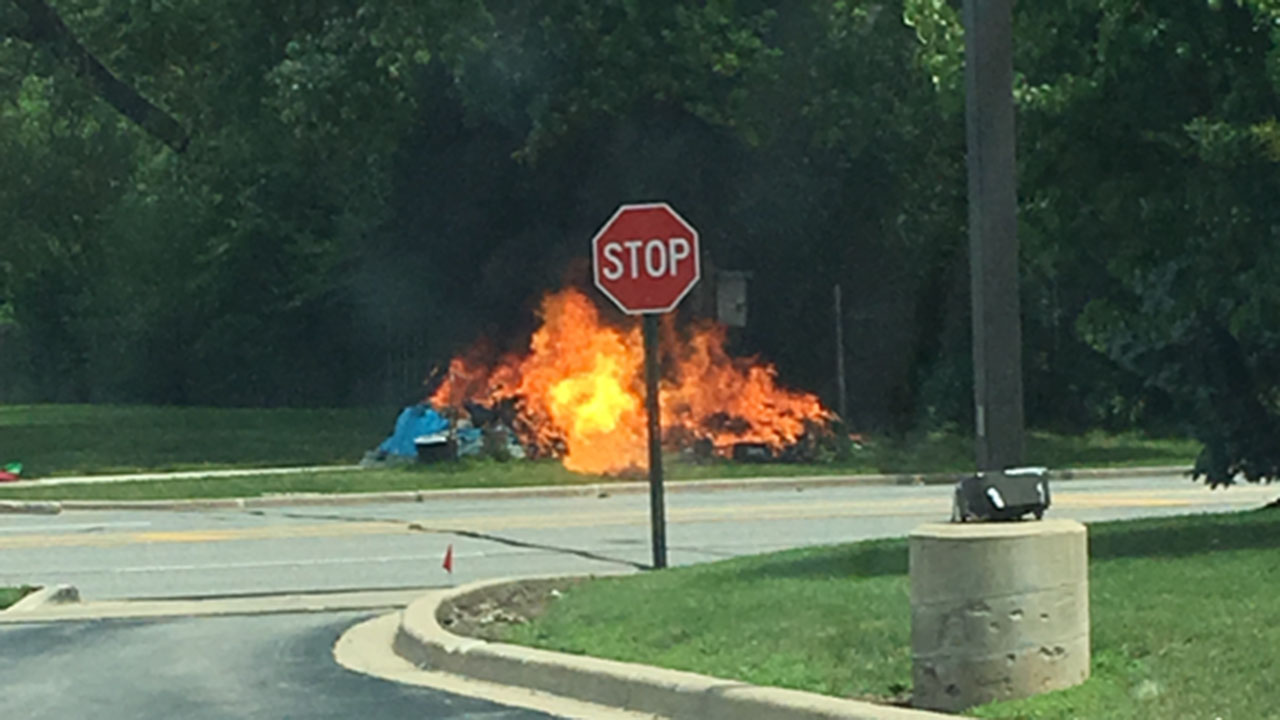 Conditions deteriorated throughout the day, making travel the most difficult as a result of blowing and drifting snow.

A blizzard warning has been issued for the following counties:

"This is a historic snow fall. In 24-hour period it's going to be one of the top three in the history of the city of Chicago," said Mayor Rahm Emanuel. "All in, we're looking at 18-19 inches. All the resources from all the departments are at full strength on the streets of the city of Chicago to ensure that the streets remain plowed and passable."

Snow plows continue to clear and salt streets in Chicago and the surrounding suburbs. Plows are out clearing main thoroughfares because temperatures were close to freezing. 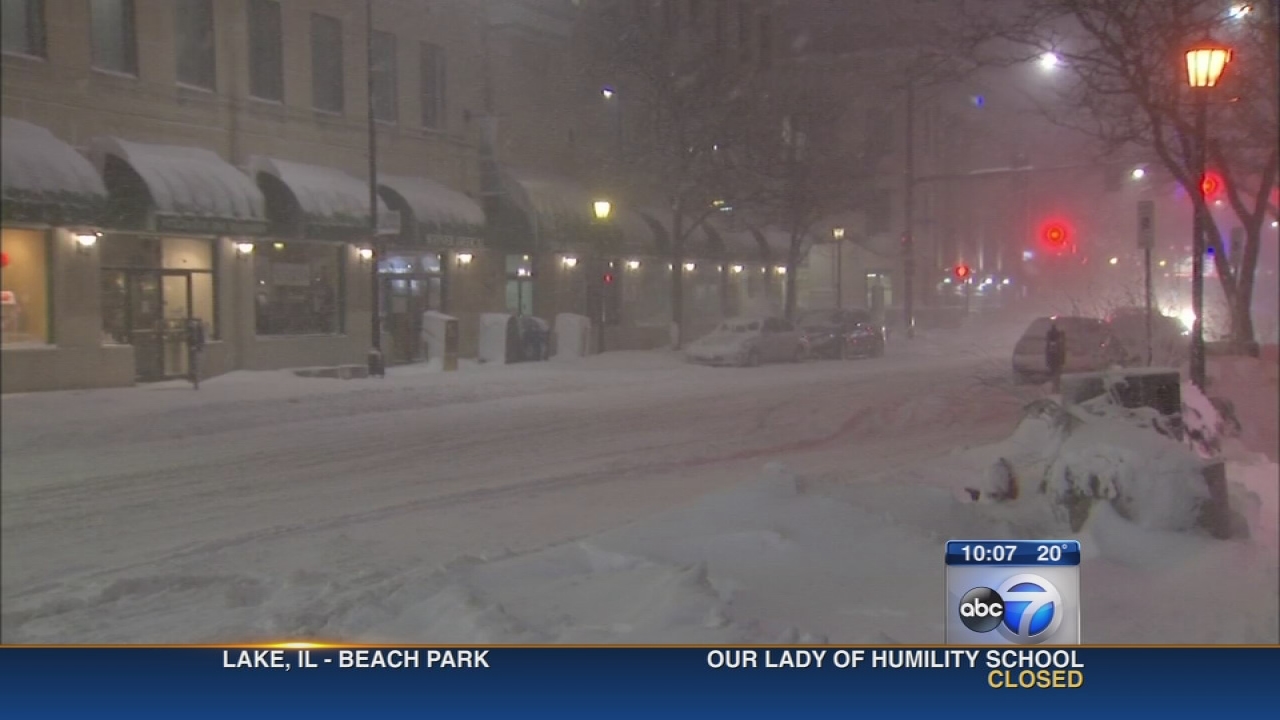 Blizzard blankets suburbs in snow
This blizzard has impacted the entire area and the suburbs were also hit hard.

The CTA rerouted buses that normally use Lake Shore Drive to local streets due to roadway conditions caused by the winter weather. The mass transit agency is planning on regular bus and rail service Monday. For more information on CTA service during the winter storm: http://www.transitchicago.com/blizzard/

Amtrak has cancelled train service Monday morning due to heavy blowing and drifting snow on tracks between Chicago and Quincy, Illinois, which is just outside Springfield. The morning service stoppage affects trains 380 and 381. Evening trains are still scheduled to operate.

Some Greyhound bus service in and out of Chicago has also be cancelled due to weather. For an updated schedule, visit Greyhound's website.

The Kane County Sheriff's office is advising that all roads west of Ill. Rt. 47 are "basically impassable." The new bridge on Rt 38 near the border with DuPage County is also impassable.

Waste Management of Illinois will operate on a holiday schedule this week due to the extreme weather conditions. The United States District Court for the Northern District of Illinois will be closed Monday and summoned jurors are asked to report on Tuesday instead. DePaul University has also cancelled classes for Monday at its Chicago and suburban campuses, although Northwestern University and Loyola University will remain open. 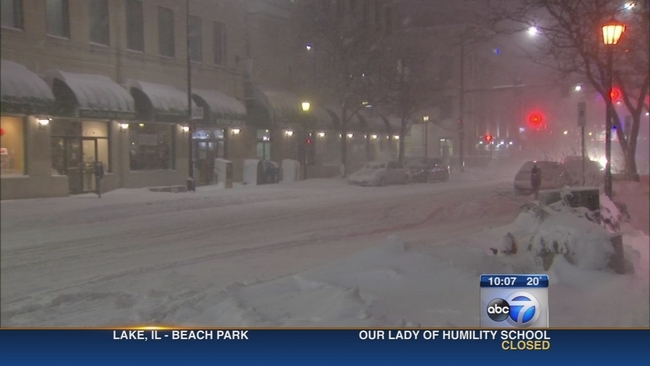 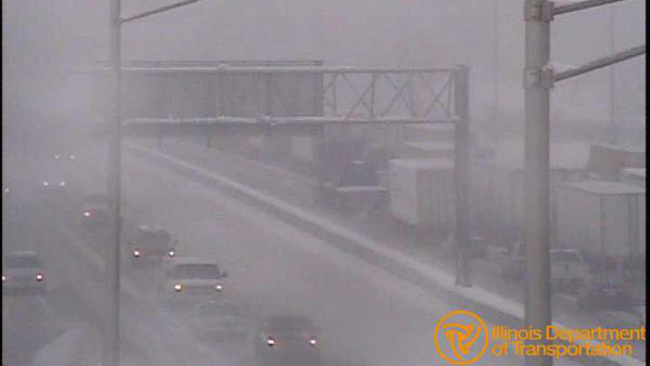 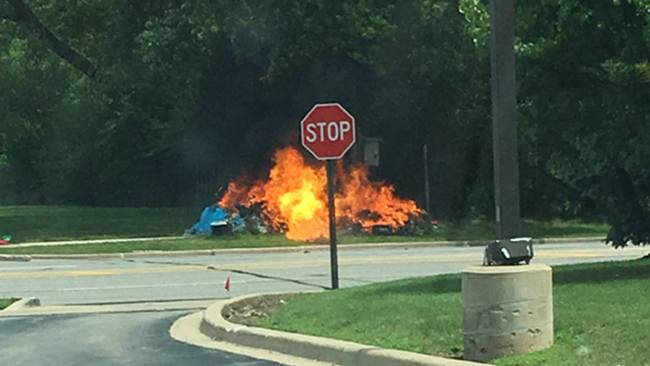 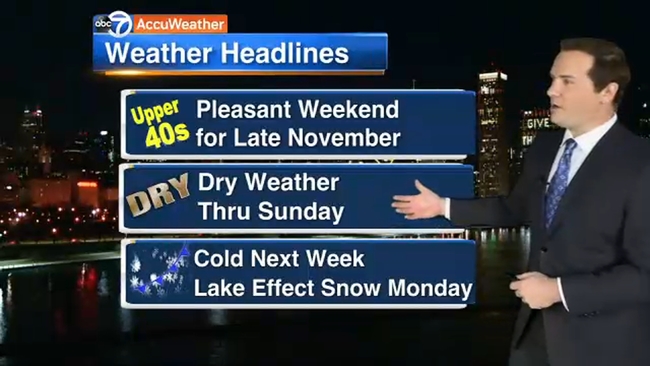