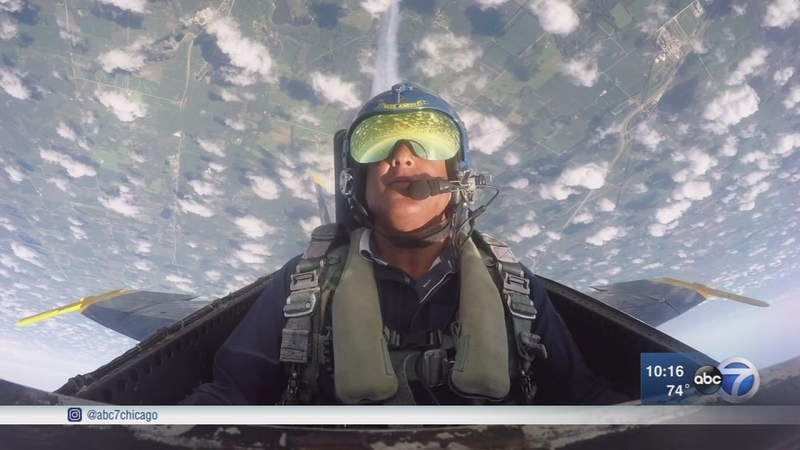 CHICAGO (WLS) -- ABC7's Ravi Baichwal got the ride of a lifetime with the Blue Angels in a Navy F-18 Hornet during Friday's Chicago Air and Water Show Preview.

After a 30 minute briefing, including signing a waiver letting Uncle Sam off the hook should anything go wrong, Baichwal was on the flight line with Lt. Brandon Hempler, strapping into Blue Angel 7.

The Midwest beckoned as they sought airspace for Lt. Hempler to take them through the building blocks of supersonic acrobatics - aileron rolls, climbing to 18,000 feet for smoky loops, and the unimaginable until you've felt it: flying upside down.

They could have easily broken sound barrier in the 28-year-old aircraft, and to endure it all, no g-suits, they were doing the hick maneuver, flexing one's legs and core hard while pushing out breath, to keep blood in the brain. Baichwal said his vision narrowed a few times and he could only see black and white, and it took all he had not to vomit.

"7.6 gs actually as we came back and I demoed a lot of the maneuvers they do in the actual Blue Angel demo," said Lt. Hempler.

Announcing their arrival with a wicked left hand turn over the airfield that showcased the pride of the Navy, a key objective for the aerobatic team.