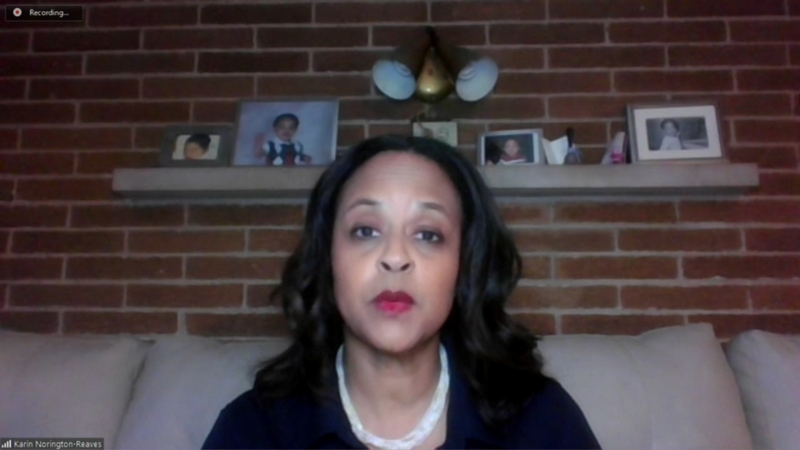 CHICAGO (WLS) -- Retiring Congressman Bobby Rush is endorsing Karin Norington-Reaves to replace him in the House of Representatives.

The endorsement was announced Thursday morning at an event in Hyde Park.

Reaves is the CEO of the Chicago Cook Workforce Partnership, an umbrella organization that pairs businesses with job seekers. She announced Sunday that she was throwing her hat in the ring for the 1st District seat.

According to a statement, Rush and Norington-Reaves first met in 2014 after a beloved teacher, Dr. Betty Howard, was killed by random gunfire in Chatham.

"I know in my heart and spirit that Karin Norington-Reaves is the person best suited for this responsibility," Rep. Bobby Rush said in a written statement.

Rush announced last Thursday that he would not seek another term after serving in Congress for the past 30 years.